You are at:Home»Immigration Issues»Border Security»Debate with CEI Part III: Libertarians Preclude the Application of Reason in Immigration Policy

Actually, libertarians like David Bier preclude the application of reason, period. But since he has taken specific objection to my application of it with regard to immigration policy, let’s stick to that. 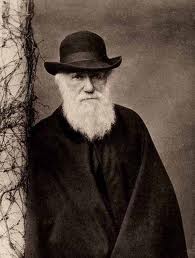 In my previous blog I wrote that “we humans have the intellectual capability and moral obligation to make choice that serve a greater good.”  I went on to note that “economies and markets exist to serve humans, not the other way around.” In the eyes of the absolutists at the Competitive Enterprise Institute (CEI) that makes me an “Occupier” (as in the folks who camped out in Zuccotti Park last year).

Bier responds that in arguing for human mastery of the market, “Mehlman somehow separates ‘the market’ from ‘people.’ But what is the market?” he asks rhetorically. “It is people,” he answers (his emphasis).

Okay, David, try this one: What is a mob? It is people (my emphasis), acting without reason, making irrational and immoral decisions which cause great harm. As a civilized society we have the right to restrict the freedom of a mob to act like a mob. Without the application of reason, we will lose our freedoms and our liberties.

A market, operating without reasonable restraints and without any imperative to serve a greater good is a mob (emphasis on reasonable). We know that the application of unreasonable restraints not only doesn’t work, but leads to tyranny. (See: USSR, 1917-1991). Under that failed, immoral and unlamented system people existed to serve the interests of the state, instead of the other way around. That theory posited that if everyone just contributed according to his ability and took according to his needs that a utopian society would emerge. We know how that turned out.

Radical libertarianism is simply the flip side of the communist coin. Radical libertarianism preaches that people exist to serve markets and economies, instead of the other way around. Applying that philosophy to immigration means that if there are people who are willing to come to this country who will work more cheaply and malleably than Americans, then Americans must step aside, or be shunted aside because the market or the economy demands it. The radical libertarian philosophy posits that if we just feed the insatiable market’s demand for worker bees that we will all be drowning in honey.

Radical libertarians fundamentally do not understand what a nation is and why it exists. A nation is more than a collection of people and workers who all live within defined geographic boundaries. A nation is not just an economy or a market. A nation demands the allegiance and sacrifice of its people for a common good. In exchange, the nation promises that it will look out for the best interests of its people.

When people look at a nation simply in terms of where they can make the most money (and move on when greener pastures appear elsewhere), and the nation looks at people as expendable and interchangeable cogs in a machine, then the bond between the nation and its people is irreparably broken. When social order and stability disintegrate, when nations become nothing more than associations of convenience, then economies and markets (at whose altars radical libertarians are piously prepared to sacrifice the interests of their fellow citizens) crumble along with them.

When it comes to both immigration policy and freedom, FAIR may find itself at odds with the luminaries of Social Darwinism who guide CEI’s philosophy. But that’s okay. We find ourselves in agreement with the likes of Shakespeare, who said, “Virtue itself turns vice, being misapplied.” When it comes to maintaining an orderly and governable policies FAIR is in philosophical agreement with Theodore Roosevelt (who expressed misgivings about excessive levels of immigration in his day) who said, “Order without liberty and liberty without order are equally destructive.” On the need to rationally choose to set limits in defense of  freedom and liberty, we are on the same page with the French statesman Georges Clemenceau who stated, “Liberty is the right to discipline ourselves in order not to be disciplined by others.” We’re comfortable with that.