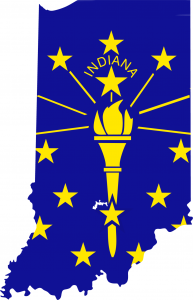 In 2011, Indiana passed SEA 590, which strengthened Indiana’s efforts to combat illegal immigration. The ACLU is now suing the State of Indiana over several parts of the bill, and an an Indiana District Federal Court ruled that two provisions of the bill are unconstitutional last month!

These two provisions concern the use of the Mexican Consulate Matricula ID card and the ability of law enforcement officers to arrest and detain criminal illegal aliens.

The time is running out to file an appeal, but Indiana State Attorney General, Greg Zoeller recently said he would no longer defend the Indiana law on behalf of the state. If he doesn’t act by Monday, April 29, the ACLU will win this lawsuit by default.

As the Attorney General of Indiana, Zoeller has a duty and responsibility to defend and protect the interests of Hoosiers. The Indianapolis Star reports that he recently joined with pro-amnesty supporters in urging the U.S. Congress to pass immigration reform. AG Zoeller needs to hear that he should put Indiana ahead of personal opinions!

If you live in Indiana, he needs to hear from you now! It is time for him to do his job and defend the State of Indiana from the ACLU’s efforts to put the interests of illegal aliens ahead of yours!

Time is short and pressure via calls and emails must be done today to let him know that the concerned, voting, citizens of Indiana demand that he fulfill his duties. Tell him to file an appeal of the District Court’s ruling by the deadline on Monday!