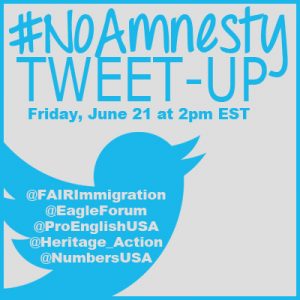 The “Gang of 8” bill, S. 744, is a 1,000-plus page “Obamacare-style” bill that grants amnesty to the estimated 11 million illegal aliens in the country and only promises for future plans to secure the border. The bill also grants broad new powers to the scandal-ridden Obama Administration and will cost an estimated $6.3 trillion.

Join us Friday to learn the truth about S. 744 from people who have actually read it!