You are at:Home»Immigration Issues»Border Security»H.R. 1417: Similar to the Senate Amnesty Bill 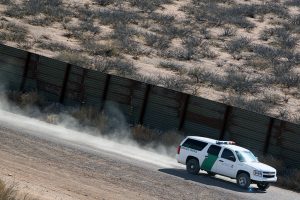 Although the House is approaching immigration reform in a piecemeal fashion, some of these pieces of legislation making their way through the lower chamber should nonetheless raise alarms. In fact, H.R. 1417, the Border Security Results Act of 2013, contains provisions similar to the Senate Gang of Eight bill.

Introduced by House Homeland Security Chairman Michael McCaul (R-TX) the language of H.R.1417 is virtually identical to portions of the Senate amnesty bill, and shares many of its flaws. The bill is also co-sponsored by several senior Democratic Representatives, including Jackson Lee (D-TX), Bennie Thompson (D-MS) and Henry Cuellar (D-TX).

Update: Breitbart.com reports that both FAIR and the Heritage Foundation have issued warnings on H.R. 1417:

The Heritage Foundation and the Federation of American Immigration Reform (FAIR) are both critical of McCaul’s bill. Heritage notes it “calls for misguided border security metrics and potentially opens the door for amnesty.”

FAIR denounced the bill, saying, “It is important to note that, like the Senate amnesty bill, H.R. 1417 does not require that DHS actually obtain situational awareness or operational control of any part of the border. It only requires DHS to submit a plan for doing so.”