You are at:Home»Politics»Obama Admin Keeps Illegal Alien Position After Congress Cuts It 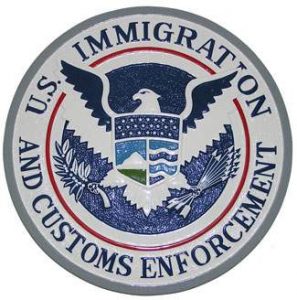 Congress eliminated the position of public advocate for U.S. Immigration & Customs Enforcement in March, but the Obama administration kept the position filled by simply changing the title for staffer Andrew Lorenzen-Strait. The position was changed from “Public Advocate” to “Deputy Assistant Director of Custody Programs and Community Outreach,” according to a report from Fox News.

President Obama signed H.R.  933 the “Consolidated and Further Continuing Appropriations Act of 2013,” legislation on March 26, 2013 to fund the federal government through the end of the fiscal year, which ends on September 30.  Section 567 of the Act reads, “None of the funds made available by this Act may be used to provide funding for the position of Public Advocate within U.S. Immigration and Customs Enforcement.”

Created in February 2012, the Public Advocate’s job was to serve as a point of contact for aliens in removal proceedings, community and advocacy groups, and others who have concerns, questions, recommendations or other issues they would like to raise about the Administration’s executive amnesty efforts.

Representative Diane Black (R-TN), the Congresswoman responsible for getting the language to gut the Public Advocate position into the FY2013 funding bill, called the Administration’s move in reinstating the post under a new name a waste of taxpayer dollars:

Using taxpayer dollars to fund a position whose primary purpose is to advocate on behalf of individuals who have broken our laws and entered our country illegally is ridiculous and certainly a waste of precious taxpayers’ money. This is why language was inserted into the Continuing Resolution that was passed through the House and the Senate and signed into law last March that defunds the Public Advocate position.

Fox News also reported that Black considered this an abuse of power from the administration:

Black said the administration is “setting a dangerous precedent by breaking the very law he signed, and this kind of abuse of power will only undermine his agenda by destroying his credibility with Congress and the American people.”