You are at:Home»Politics»Hark! The Illegal Aliens Sing 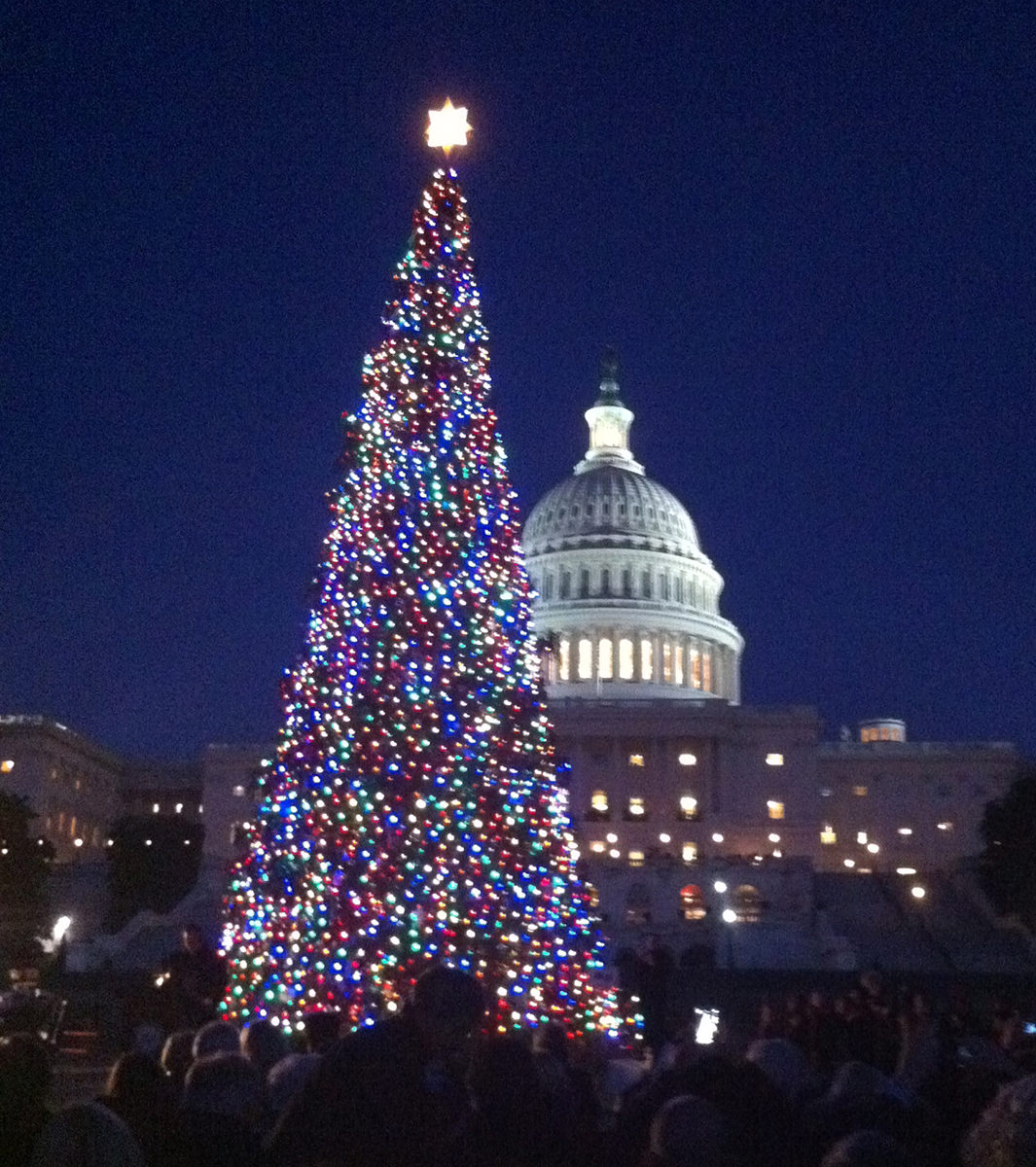 Speaker John Boehner’s (R-Ohio) title was somewhat of a misnomer at this year’s Capitol Christmas tree lighting.  Illegal aliens rudely drowned out Boehner’s voice to disrupt an American holiday tradition on the west front of the Capitol.   Out of the shadows, these illegal aliens are seeking out the illumination of the bright Christmas lights.

The pro-amnesty Fair Immigration Reform Movement (FIRM) told The Hill newspaper that 50 “children will protest silently” at the lighting of the Capitol Christmas tree.  Instead, Boehner was heckled by dozens of loudly singing illegal aliens.  Protesters belted out a mockery of the carols by manipulating the refrains to inject their pro-amnesty agenda.  (Watch video here or below.)

The demonstration on the west lawn of the Capitol was not the only time the protesters have clamored for attention during the holidays.  Protests also took place at the offices of Speaker Boehner, Majority Leader Eric Cantor (R-Va.), Rep. Buck McKeon (R-Calif.), Rep. Scott Tipton (R-Colo.) and Rep. Michael Grimm (R-N.Y.).   Their loud singing was so disruptive that staff in Boehner’s, Cantor’s, and McKeon’s offices called Capitol Police.

Media coverage has been unfairly critical of Capitol Police officers, who have been merely responding to these unlawful protests.  In response to amnesty activists posting online a video of an officer responding to children protesting, the Capitol Police issued a statement saying, “The Department is reviewing the incident and wants to assure the public that the U.S. Capitol Police welcomes daily all people to visit and lawfully express their First Amendment rights.” In the video, a Capitol Police officer outside Boehner’s office appropriately told the loudly disruptive demonstrators, “This is a place of business.” He was right to say that, because these activists don’t seem to understand that.

Ironically, amnesty protesters also held a “Do Your Jobs” campaign during the Thanksgiving holiday, asserting that Members of Congress weren’t doing their jobs by not voting for amnesty. Yet these amnesty activists are the ones regularly preventing lawmakers from doing their official duties.  Members of Congress and their staff have a difficult time addressing the pressing needs of actual constituents if they are constantly bombarded by noisy illegal aliens.

Given that the immigration policy they advocate does not make sense, it’s no surprise that these activists fail to see the disconnect between what they say and what they do.  Although the protesters at this year’s Christmas tree lighting chose some perennial favorite carols like “We Wish You a Merry Christmas” and “Jingle Bells,” they missed an opportunity to choose a song that would appropriately match the irony of their loud efforts that evening: “Silent Night.”