You are at:Home»Politics»12 Days of Amnesty: on the 3rd Day…

On the 3rd Day of Amnesty, FAIR reminded me…

Nearly 3 million illegal aliens were given amnesty in 1986. 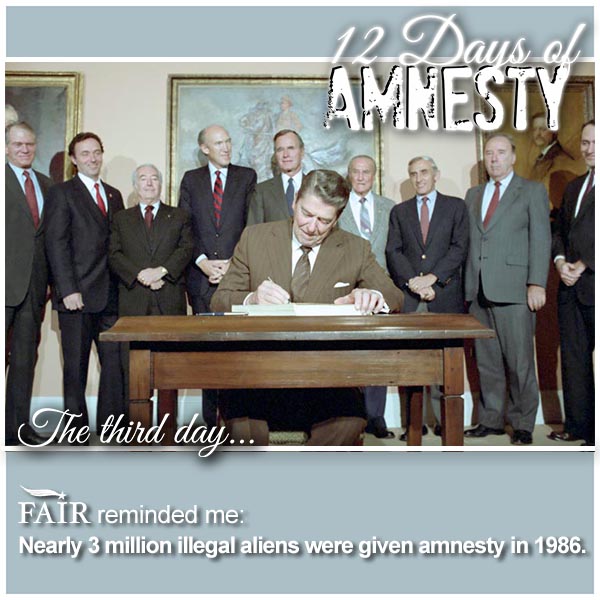 Despite promises of increased enforcement after the 1986 amnesty, the U.S. is now host to at least 11.7 million illegal aliens.

Another amnesty like the one included in the Senate bill and promoted by President Obama, would only send the message that our country’s immigration policy is amnesty. Get here any way you can, keep your head down, and eventually you’ll be given the same rights and privileges as U.S. citizens and those who entered legally.

Let’s not repeat the same mistakes of the past. Tell Congress we’ve heard all the arguments in favor of “one final amnesty” before – and we won’t fall for it again.