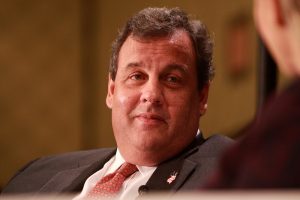 Thursday, the Democratic controlled New Jersey Assembly approved S2479, which in addition to taxpayer-subsidized tuition rates at New Jersey’s public universities and colleges would have made illegal aliens eligible for financial aid. The bill passed the Senate in November. Also on Thursday, Gov. Chris Christie vetoed that bill because he objected to the financial aid provision, returning it to the State Senate with his recommendations.

In his veto message, Gov. Christie said the financial aid provision is “fiscally imprudent and wholly unwise” and would make New Jersey a magnet for out-of-state illegal alien students. He promised to sign the bill so long as the financial aid provisions were removed. On Thursday, the Senate conceded and amended the bill to conform to Gov. Christie’s wishes. On the same day, both the Senate and Assembly passed the amended bill, and on Friday Gov. Christie signed it.

His signature marks yet another flip-flop, after changing his position on the issue several times.

In 2011, Gov. Christie stated his opposition to granting taxpayer-subsidized in-state tuition to illegal aliens at a Sayreville town hall meeting. He said:

I can’t favor that, because we need to have an immigration system where people follow the rules, and I can’t in a difficult time of budget constraints support the idea that we should be giving money in that regard to people who haven’t followed the rules, and take that money from people who have.

Gov. Christie later reversed himself during the late stages of the 2013 New Jersey gubernatorial election. At the Latino Leadership Alliance Gala in October, Gov. Christie pledged his support for taxpayer-funded tuition subsidies for illegal aliens.  Per The Star Ledger Christie said, “We need to get to work in the state Legislature on things like making sure that there’s tuition equality for everybody in New Jersey.”

After the election, Gov. Christie again reversed himself by publically opposing S. 2479, much to the consternation of pro-amnesty advocates. Gov. Christie stated he believes the bill discriminates against out-of-state citizens in favor of out-of-state illegal aliens. ABC News reports:

‘Giving undocumented, out-of-state students benefits that out of state citizens aren’t eligible for, I’m not in favor of,’ Christie said. ‘So under the current piece of legislation, if you’re an undocumented student who lives in Pennsylvania, and you come over to go to private or parochial school in New Jersey, under this bill, you would then be entitled to, if you spent three years in that school, to in-state tuition. If you’re a citizen in Pennsylvania, and you come over, and spend three years, you’re not entitled to that.’

Gov. Christie also said the bill as written is too rich because it provides financial aid to illegal aliens in addition to in-state tuition rates and reaches further than President Obama’s Deferred Action for Childhood Arrivals program by not restricting the aid to illegal aliens who entered the United States before 2012. According to Gov. Christie, these additional benefits would make New Jersey a magnet state for illegal aliens.

As of last Friday, Gov. Christie again reversed himself by signing the bill. In doing so, he failed to address any of his previous objections, aside from the financial aid provision. He also failed to explain why providing taxpayer-funded in-state tuition to illegal aliens would not also risk New Jersey becoming a “magnet” for out of state illegal aliens.

New Jersey’s colleges and universities stand to lose millions of dollars in tuition subsidies as a result of S2479. New Jersey taxpayers and students should be outraged as they will be stuck paying the bill.