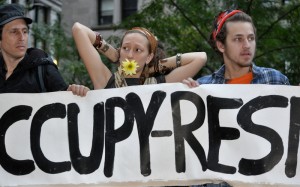 The Christian Science Monitor reports that entering an election year, the Democratic Party will seek to change the political conversation away from Obamacare and other issues that don’t seem to be working for them right now. Instead, they will try to shift it to a discussion about growing income inequality. There is growing concern across the country that the gap between the wealthy and everyone else is growing, and that we are in danger of losing our middle class.

Then there’s the Democrats’ other big issue for 2014 – enactment of an illegal alien amnesty and massive increases in new immigration. The problem the Democratic Party will have to address (or should be forced to address) is that immigration is a primary cause of income inequality in the U.S., and the “reforms” they are pushing would only make the problem worse.

It is not just FAIR and other opponents of the immigration bills now before Congress making the connection between mass immigration and income inequality. The connection is now being acknowledged by some on the far left, including Salon.com, AlterNet.org and Mother Jones.

Citing the meatpacking industry as an example, a recent article republished by AlterNet.org noted:

Whether they choose to acknowledge it or not, the Democrats will have to choose between these two policy objectives. Doing both is impossible.