You are at:Home»Jobs & Economy»Zuckerberg Achieves Goal in 2013 – Lower Wages for Tech Workers 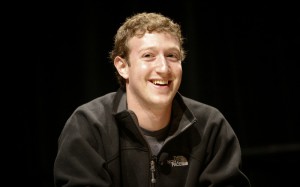 University of California, Davis, Computer Science Professor Norman Matloff points to a new report put out by the National Association of Colleges and Employers (NACE).  The NACE found that the starting salaries of 2013 bachelor degree graduates increased 2.6 percent from 2012.  However, in three categories starting salaries decreased from the previous year, including computer science (-0.2%) and engineering (-0.1%).  Education graduates (-0.2%) were the third category.

The tech industry for years has repeatedly and falsely argued that computer science and engineering are two occupations in which there is an acute labor shortage and demanded massive increases in foreign guest workers.  While the drop in starting salaries in these occupations was not drastic it does indicate that there is no shortage of skilled workers in the U.S.  If there were a lack of workers, wages would be rising precipitously, not falling. This is a basic rule of economics that even a genius like Mark Zuckerberg should be able to grasp.

Zuckerberg, who has pledged $50 million dollars to pass a bill increasing the number of skilled guest workers, along with amnesty and increases in legal immigration, did not see his earnings decrease in 2012.