You are at:Home»Politics»All Silent and Calm… Before the Amnesty Storm? 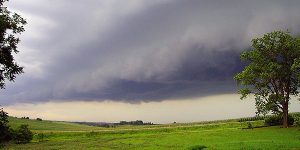 In early January, a policy brief from the open borders group National Foundation for American Policy asserted that House Judiciary Chairman Bob Goodlatte (R-Va.) seems to have a proposal for mass amnesty for 4.4 to 6.5 million illegal aliens.  Major newspapers, like the New York Times and the Wall Street Journal, reported on this policy brief.  Yet the Congressman identified as being behind the proposal has said nothing.

The important question to ask is: why is Congressman Bob Goodlatte silent about this report?

If the report inaccurately makes conclusions about the House Judiciary Chairman’s intentions, wouldn’t Rep. Goodlatte want to reassure the American public that is not what he is asserting when he works on immigration reform?

Rep. Goodlatte should be concerned that his constituents do not know where he stands today on immigration.  Last year, Goodlatte’s position on amnesty was deleted from his government website.  Only after this deletion was noticed by some eagle eyed observers at National Review recently did a stance claiming the Congressman is opposed to amnesty promptly re-appear.  Staffers claimed it was “inadvertently deleted” during an update to the website.

Meanwhile, a vocal proponent of amnesty unveils himself on Spanish-language media.  Rep. Goodlatte spoke candidly about amnesty on Telemundo last Sunday. He said that immigration reform should involve “finding the appropriate legal status for people who are not lawfully here.”

If Goodlatte is working on finding legal status for illegal aliens, why won’t he be upfront about how many he wants amnestied?  Or has the National Foundation for American Policy revealed it already?