You are at:Home»Politics»Newspeak on Immigration 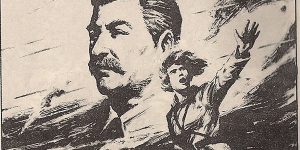 President Obama and the Democrats pushing for amnesty for illegal aliens have worked hard and successfully with the cooperation of the major media outlets to change the terms of the debate. They have largely succeeded in getting the term “amnesty” removed from the debate. They have adopted a lexicon used by their advocates in which the term “illegal alien” is characterized as a pejorative and have insisted those foreigners here illegally simply be called immigrants – thereby obscuring the very great difference in law between those who are invited into the country and those who are gate crashers.

Instead of “amnesty” they have asserted the proper term is “earned legalization,” as if their gaining and maintaining access to the country in violation of the law were meritorious and thus has earned them the right to stay. George Orwell recognized this process of changing the terms of discussion through changing the language. He termed it “Newspeak.”

The assault on anyone opposed to the new political correctness has become increasingly nasty. Anyone defending enforcement of the immigration law or who questions the amnesty agenda is now a target for attack as “anti-immigrant” or “anti- Hispanic” (as if illegal alien and Hispanic were synonymous terms) or, even worse, as “racist.” The major media have been quick to heed the political correctness doublespeak.

This campaign appears to have had success in making some immigration law supporters nervous about voicing their support. We face the difficulty that the media are taught to highlight the human interest aspect, and that is what the amnesty advocates have offered. We see the issue from what is best for the United States in the long term, while our opposition focuses on the short term and cherry picks the most sympathetic cases to attract media coverage.

Our challenge is to remind the U.S. public and policymakers that the reason behind our immigration law remains valid. We have immigration limits because there are many more foreigners who would like to come than we can accommodate without harm to our own population. We need to allow foreigners in only after careful screening because there are some who would enter to do us harm, and still others who would simply be a major burden on the U.S. taxpayer.   We also need to remind the public and the policymakers that if we adopt a mass amnesty again, as we did in 1986, that it will again be seen abroad as an invitation to come illegally to wait for the next amnesty and further weaken immigration law enforcement.

Perhaps that is a distinction that could cut through some of the “doublespeak.”

Amnesty illegal alien
Previous ArticleAll Silent and Calm… Before the Amnesty Storm?
Next Article Chamber of Commerce Spends Millions to Keep Americans Out of Work