You are at:Home»Federal»What True Immigration Reform Looks Like: No More Amnesties

We can create clever euphemisms, but the only people we will be fooling are ourselves. Any policy that legalizes illegal aliens is amnesty and will lead to even more illegal immigration. This includes any “pathways to citizenship” or legalization programs that grant green cards or work visas.

Now some of the same politicians are using the same arguments to push another amnesty. We need to stop them by taking back immigration reform and pushing proposals that put Americans first. 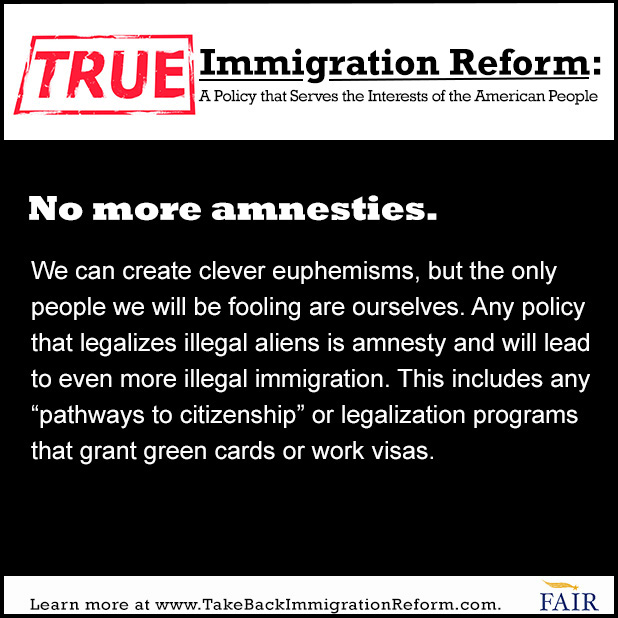 1986 legalization No More Amnesties Pathway to citizenship President Reagan Take Back Immigration True Immigration Reform
Previous ArticleCenter for American Progress Is At It Again About A Path to Citizenship
Next Article Oh, the Irony