You are at:Home»Jobs & Economy»Is Immigration Legislation the Next Phase of the White House’s Effort to Help Americans “Spend More Time with Their Families”? 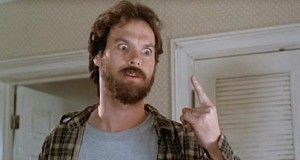 A new report by the Congressional Budget Office (CBO) finds that Obamacare will reduce the number of full-time jobs in the U.S. by 2.5 million by 2024. This is actually good news, says White House Press Secretary Jay Carney because it will allow Americans “to spend more time with their families.” And, since they won’t be “trapped in a job” they will have more “opportunity to pursue their dreams.”

I’m not kidding; he really said that in a White House press release:

“Over the longer run, CBO finds that because of this law, individuals will be empowered to make choices about their own lives and livelihoods, like retiring on time rather than working into their elderly years or choosing to spend more time with their families. At the beginning of this year, we noted that as part of this new day in health care, Americans would no longer be trapped in a job just to provide coverage for their families, and would have the opportunity to pursue their dreams.”

But the Obama administration isn’t done helping to liberate American workers from the drudgery of their jobs. No doubt Mr. Carney would have the American people look at the passage of the president’s second term signature legislation – an illegal alien amnesty and massive increases in new immigration – as yet another gift. After all, with 20 to 30 million more immigrant workers who would be eligible to fill jobs in this country, just think about how many Americans, no longer trapped in a job, would be given the precious opportunity to spend more time with their families and pursue their dreams.

Of course, John Boehner and the House Republican leadership aren’t going to miss the opportunity to play Santa Claus too. Just last week they unveiled their “Principles on Immigration,” which include amnesty and massive immigration increases designed to emancipate American workers from their jobs.