You are at:Home»Jobs & Economy»Has the Earth Shifted on Its Axis? 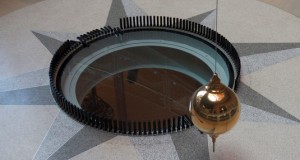 Quick question – what publication wrote this yesterday: “[T]he Senate bill and House principles offer no protection for the wages and employment status of existing workers. This fact, often overlooked by critics of comprehensive reform, is its greatest weakness.”

If you guessed Mother Jones, you’d be wrong. Instead, the Weekly Standard’s Jay Cost lays out the economic case against amnesty.

“The economic case is that reform will increase economic growth, and indeed it will. CBO estimates that the Rubio bill would boost gross domestic product by 3.3 percent between 2013 and 2023. The GOP, however, should not support growth for its own sake, but rather as the best way to generate broad-based prosperity.” […]

“This points to the tensions in the strategic alliance between the right and business. Conservatives are pro-business because they believe that, in general, business is good for everybody. If business presents a plan that hurts a significant swath of the country for its own advantage—such as the Senate bill—conservatives should oppose it. Indeed, they should do so loudly and forthrightly, for their biggest electoral liability is the widespread conviction that the GOP stands with big business instead of with the average person.” [emphasis added].