You are at:Home»Jobs & Economy»We Can’t Have Americans (Literally) Driving Down Immigrant Wages 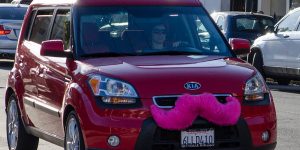 An open borders supporter would tell you there’s nothing so American as labor market competition driving down wages, unless you are discussing the taxi industry.

Then, the discussion is solely focused on the wages of existing drivers. And in Seattle the debate over how to regulate ride-sharing services such as UberX and Lyft has turned on the issue of whether an increase in the number of people allowed to work part-time for the internet dispatched car services would lower the wages of existing cab drivers – who are mainly immigrants.

Seattle City Councilman Mike O’Brien has proposed a “compromise” measure that would set up a two year trial which would require UberX and Lyft to give ride referrals to existing taxis.

“I understand why O’Brien’s plan doesn’t go further. Some city officials are afraid that removing all caps on the number of licensed taxis overnight and allowing an unlimited number of rideshare drivers to join them would be too much change, too fast. Until the market finds its level, real wages could decline as additional cars-for-hire hit the streets. There would likely be winners and losers, and it could be that some of the drivers who have existed for years within the confines of the current taxi and for-hire system—who are overwhelmingly immigrants and people of color—would be among the losers.” [emphasis added]

O’Brien said at one council meeting about the change:

“Fundamentally, if we are saying it’s okay for companies to come in and operate illegally for a year or two and build up a customer base and expect we will bend our rules and regulations to meet their needs, that is a policy debate I am prepared to have, and we should have that. If that is not the case, and this is an exception and this only applies in this one instance and it just happens to be an instance where the people who are affected are largely low-income, people of color, and people from the immigrant and refugee community, I don’t see how we can support this without undermining all the work we’ve done in this city on race and social justice.”

What’s interesting about this case (and the related debate in D.C. and other cities over cabs) is that it is a man-bites-dog labor story. After all, in our current system of mass immigration, wages have been driven down by oversupply of workers, whether in the meat-packing industry, farm work, home construction, or other occupations without much complaint.

But, in a situation where the roles are reversed – stay at home moms, students, and others are using technology to drive down immigrant wages, it is time for alarm.

Perhaps O’Brien will see the light about other “companies [that]. . . operate illegally for a year or two and build up a customer base and expect we will bend our rules and regulations to meet their needs” by hiring illegal workers?

Just Kidding! He signed a letter last year in support of a county anti-detainer ordinance.