You are at:Home»Federal»Does Your House Member Support Boehner’s Amnesty Proposal? 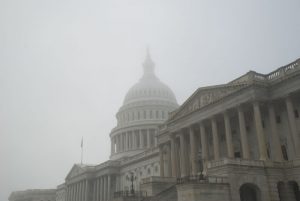 Last month at their annual retreat, House Republican leadership released its proposal for amnesty legislation. The two-page proposal, remarkably similar to the Senate Gang of Eight’s outline released ahead of their mass guest worker amnesty bill (S.744), is in the form of six “principles” to guide the GOP in fixing our “broken” immigration system.

The first component of the proposal is a large-scale amnesty for the 12 million illegal aliens currently in the United States. In addition to this one-size-fits-all amnesty provision, the House GOP plan calls for a direct path to citizenship for so-called “DREAMers,” and increases immigration to meet requests for cheaper labor by Big Business.

To gauge where rank-and-file members stand on this proposal, the Capitol Hill newspaper CQ Roll Call surveyed all Republican House Members and published the results this week. Notably, the paper found that only 19 House GOP Members openly supported the amnesty proposal, while 30 openly opposed them. In addition, 22 refused to say, 25 were undecided, and 131 simply refused to respond.

Joe Heck, Nev. (Asked to be moved 2/25 after initially not responding. His office told us he “supports immigration reform and an earned pathway to citizenship.”)

Jack Kingston, Ga. (Moved 2/25 at request of his office from “Declined to comment” to “No”)

John Shimkus, Ill. (Moved 2/25. His office told us he “does not support amnesty or citizenship for those who broke the law. … believes we should address the issues of border security and streamlining of agriculture and technology worker visas before discussing any legal status for illegal immigrants.”)