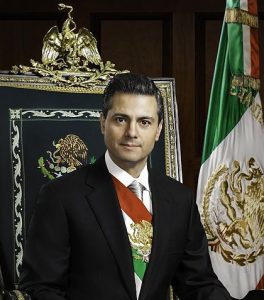 But that is not what President Peña Nieto is indignant about. What he is indignant about is that the United States Congress has not passed (another) amnesty for millions of illegal aliens, many of whom are Mexican citizens. He is indignant that the United States deports a tiny fraction of the illegal aliens who are living in this country – mostly criminals, these days. Peña Nieto calls this “a lack of conscience, which shouldn’t only alert and worry Mexicans, [but]should also worry the American government.”

Perhaps, if Peña Nieto (or others in his country’s ruling elite) worried half as much about poor Mexicans living in Mexico as they do about Mexicans living illegally in the United States, maybe he’d have less to be indignant about.