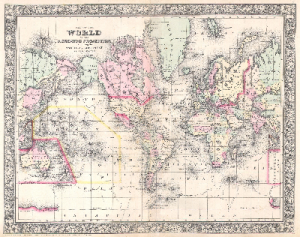 D.C. protests and a cross-country bus tour are just not enough for amnesty activists. They’re going global. Several open borders activists are trying to influence American politics from outside U.S. borders by begging for help from the United Nations and the Holy See.  These activists, who fail to generate support from Americans for amnesty (as seen in the recent NBC News-Wall Street Journal and Washington Post-ABC polls), are now going to foreign or international bodies to try to pressure U.S. lawmakers.

Last week, the National Guestworker Alliance, a pro-amnesty group, sent a letter to the United Nations, along with other amnesty supporters such as AFL-CIO, Coalition for Humane Immigrant Rights, Immigrant Legal Resource Center and National Immigration Law Center. They complained to this international body that U.S. actions “arresting, detaining, and removing” illegal aliens who complained about working conditions constitute “serious violations” of international law.  The National Guestworker Alliance seeks to gain for illegal aliens the “right to stay in the country and continue to work while pursuing a labor or human rights complaint.”

U.S. lawmakers already encounter international pressure on the immigration issue.  Just this past weekend, Ireland’s Prime Minister Enda Kenny lobbied for amnesty directly to President Obama at the White House.  However, Irish illegal alien’s interests, which Kenny advocated for, are not the same as the American worker’s interests, which President Obama ought to represent.

In reality, the point of U.S. immigration policy should be to serve U.S. interests.  That’s why efforts to seek foreign help for pressure on this issue are inappropriate and severely misguided.