You are at:Home»Immigration Blog Posts»What True Immigration Reform Looks Like: Implement a System Based on Merit

Our immigration system should choose immigrants based on an objective assessment of who is most likely to benefit the economic and social interests of our nation.

The United States has a responsibility to protect the economic interests of all of its citizens, yet the immigration system, which adds hundreds of thousands to the labor force each year, is bringing in workers faster than jobs are being created through both legal and illegal immigration.

Congress can take responsibility for this problem and help the economy by making the U.S. immigration system limited and merit-based. Legal immigration should be based on an objective assessment of the likelihood of an immigrant succeeding using clearly defined numerical limits as well as factors such like educational attainment and jobs skills.

In December, Dan Stein, president of FAIR, wrote about this issue in an op-ed for The Hill. In it, he warned:

Our policies will not succeed until our political leaders recognize that immigration must be selective and limited to protect the economic, social and security interests of the American people, and that our laws must be humanely, but firmly, enforced.

The current immigration system is dysfunctional because it is not responsive to the socioeconomic conditions of the country.

True Immigration Reform puts the economic interests of its citizens first and admits immigrants based on merit—including job skills, education and responding to what the economy needs. 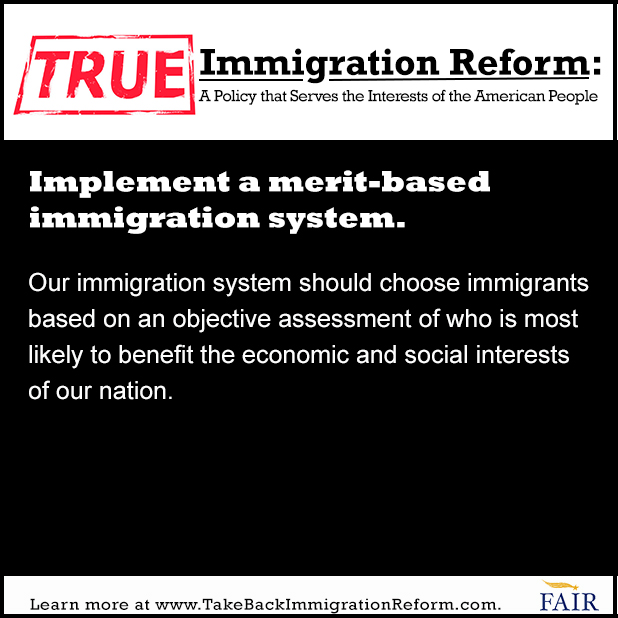