You are at:Home»Politics»35 Years of Population Growth 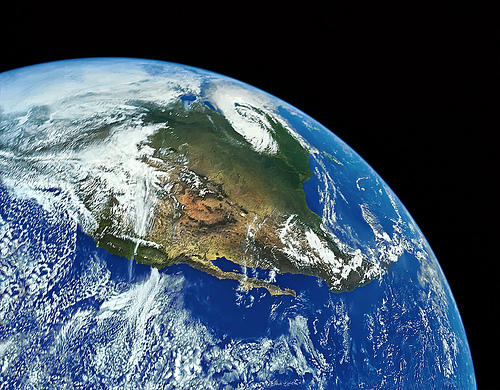 We are surely in a new era in our national discourse. When FAIR was founded 35 years ago, it was axiomatic that policies designed to rapidly increase the size of the U.S. population were undesirable. By common consent, confirmed by presidential commissions, it was assumed that no national objective could be advanced by encouraging a population size greater than 250 million.

The year FAIR was founded, the U.S. population was 225 million. As this Earth Day approaches, the U.S. population exceeds 315 million. It is not inconceivable that within a few short years, nearly 100 million people will have been added to the United States (225 million to 325 million) in the years since the dawn of the modern “true immigration reform” movement. Nearly all of this increase comes about as a result of post-1970 immigration. Most of it was not planned or projected. And how has this helped? Is traffic easier, land cheaper, water tables higher, education better, jobs more plentiful, is the economy stronger, the nation healthier? Is the middle class more stable? Welfare dependency and food stamp use on the decline? What about the gap between rich and poor? In what way has this rapid population growth improved the national ecology and environment?

The truth is that mass immigration has made our most important domestic policy objectives even harder to reach.  And yet, increasingly, the mainstream environmental lobby has not only abandoned any commitment to U.S. population stabilization, many groups now actively encourage overcrowding through aggressive immigration increases. Recently, the Sierra Club endorsed the Senate immigration reform after earlier insisting the Club would simply take no position on immigration.

Anyone traveling through major cities and towns in America can easily see firsthand what happens when immigration and resultant population growth exceeds projections: the overcrowded schools, insufficient housing stock and congested roads all point to a mismatch between the demographic trends and the financed infrastructure. Good government can only happen when the population using services matches our ability to finance those services.

Our declining national fortunes can be traced back to the first Earth Day, when warning after warning went unheeded. Instead we continue to leave the borders uncontrolled decades after prudence, wisdom and courage could have brought mass migration under proper management. Let’s learn from past 35 years of experience and make this Earth Day 2014 an historic awakening to the reality we all must face for a better tomorrow. Only by husbanding our resources and preserving our ecology can the U.S. ensure a brighter tomorrow for ourselves and also assist other nations to realize a better and sustainable future.