You are at:Home»Politics»What True Immigration Reform Looks Like: Support the American Worker

American workers are the best and most productive in the world. They are eager to work. What they need is the opportunity to compete for jobs at fair wages, not unfair competition created by massive guestworker programs. In addition, just because we could benefit from some skilled immigration doesn’t mean we should rubber stamp visas for every applicant with certain skills. We should develop and encourage our own STEM professionals, not discourage them by flooding the labor market.

The U.S. middle class is no longer the richest in the world. High wage jobs lost during the recession are being replaced – but with low wage jobs. Recent college graduates are facing dismal job prospects, moving back in with parents, and settling for minimum wage jobs. Yet, the moneyed supporters of amnesty and more immigration advocate for policies that will only further exacerbate the plight of U.S. workers during this anemic economic recovery. 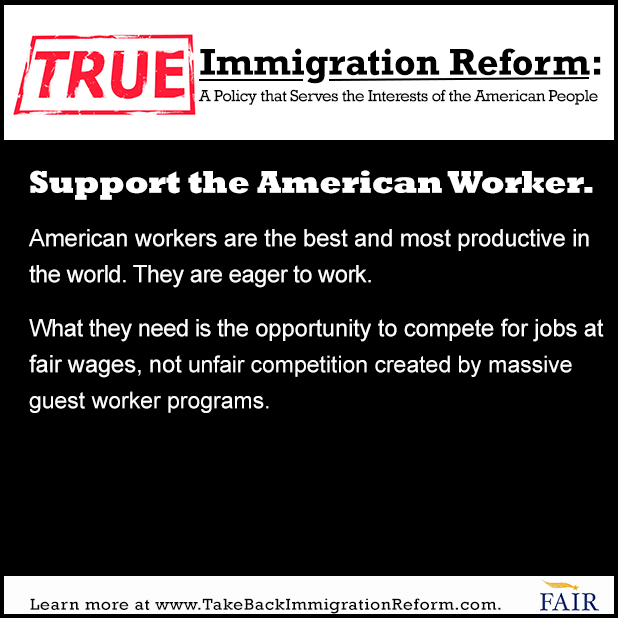 guestworker support American workers True Immigration Reform
Previous ArticleTuesday’s Elections Show The Power Of Money, Not The Appeal Of Amnesty
Next Article A Picture Emerges – As Benevolent As They Seem?