You are at:Home»Politics»Florida Gov. Scott’s Changing Position on Illegal Immigration 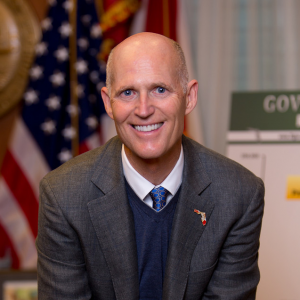 Back in 2010, then Florida gubernatorial candidate Rick Scott was quoted as saying, “We have over 700,000 illegal immigrants in the state. They’re costing us billions of dollars and they’re taking legal residents’ jobs.” Oh, how the times have changed. Not in terms of illegal immigration and its effect on law abiding citizens in the State of Florida, but the perspective of the now-Governor Rick Scott. Oh where, oh where has Rick Scott gone? Where, oh where can he be? Well, folks, he is here, and like so many politicians in the Republican Party, he is claiming to have evolved on the issue of illegal immigration. In fact, he is now so comfortable with it that as I write this, he has signed a controversial piece of legislation recently passed by the state Legislature and is preparing to put his signature on another.

The first, H.B. 755, which he signed Monday, allows illegal aliens to obtain a license to practice law in Florida. The second, H.B. 851, would grant in-state tuition to illegal alien students who attend a Florida high school for at least three years and graduate. How does all of this line up with his 2010 election campaign call for a crackdown on illegal immigration and support for an Arizona style immigration law? As recently as 2013 the governor had vetoed legislation that would have given illegal immigrant’s driver’s licenses.

It is clear that Governor Scott has developed amnesia in terms of his previous positions which has resulted in him becoming a man who follows the flow of the political wind just like his opponent, former governor, former republican, former independent, and for the time being democrat Charlie Crist. Governor Scott, stand on principle and do not abandon the rule of law. To pander to a certain demographic by ignoring the law and offering rewards for breaking it calls into question the whole purpose of even having laws.

Florida Rick Scott
Previous ArticleAmnesty in the NDAA is Not Open, Honest, or Fair
Next Article Histrionic Response to A Candidate Pledge