The Center for Immigration Study’s (CIS) report documenting DHS’s release of 36,000 criminal aliens in 2013 has struck a raw nerve with the open borders, anti-enforcement crowd. As expected, they’re not taking it lying down. 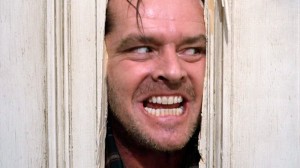 Friday’s edition of the Daily Beast came out swinging. Their response, entitled, “Inside the Center for Immigration Studies, The Immigration False-Fact Think Tank,” included the usual recycled Southern Poverty Law Center (SPLC) attacks on CIS, FAIR and other groups standing in the way of their amnesty agenda in addition to their attempted refutation of CIS’s report.

What are those “false facts” you might wonder. Well, for one thing, CIS’s reporting that 193 criminal aliens with homicide convictions were among those released. To explain the problem with that fact, the article cites Muzzafar Chishti, the New York director of the Migration Policy Institute (MPI), who “argues that understanding the circumstances of each release is critical to forming an opinion of the data CIS has shared.”

At this point, reporter Caitlin Dickson moves from paraphrasing Chishti to quoting him directly. “Homicide is a very broad category,” Chishti said. “You can have vehicular homicide. Not everyone is an ax murderer.”

So there you have it. Merely getting behind the wheel (perhaps intoxicated?) and moving down some innocent pedestrian  or some unsuspecting driver in the oncoming lane would seem not to be worthy of deportation according to MPI. It is reassuring, however, that they are on-board with deporting ax murderers.