You are at:Home»Immigration Issues»Crime»ACLU Threatens Locals in Effort to Shut Down Immigration Enforcement

The post below was originally published in FAIR’s Legislative Update on May 21, 2014. 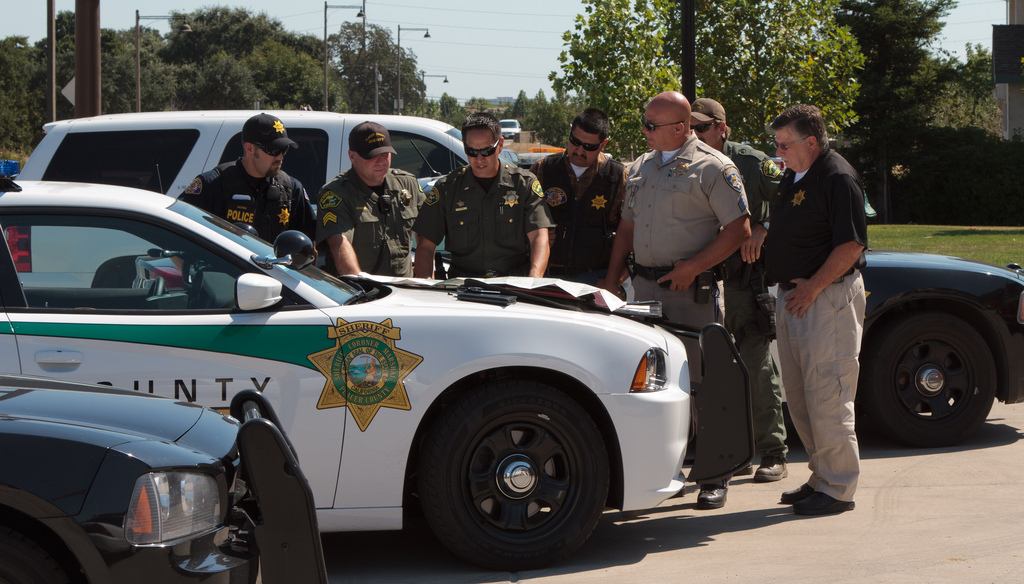 Last week, the American Civil Liberties Union sent a letter to sheriffs across California with a thinly veiled threat to sue if they continue to cooperate in immigration enforcement efforts. In the letter, the ACLU tells these sheriffs to stop holding criminal aliens — aliens convicted of crimes who are in jail — so that federal authorities can assume custody of them when they finish their sentences and begin the removal process.  The letter then conspicuously states, in bold letters set apart from the rest of the text, that any law enforcement agency that continues to do so “may be held liable for damages” under federal law.

The ACLU letter takes direct aim at the immigration detainer. A detainer is a request made by Immigration and Customs Enforcement (ICE) to a local law enforcement agency to hold an alien — generally for a period of no more than 48 hours — until ICE can assume custody of him/her. (8 C.F.R. 287.7(d)) Detainers are critically important to immigration enforcement because it is virtually impossible for ICE to be at the doors of every single jail across the country, 24 hours a day, to assume custody of aliens it wishes to deport when they finish their jail sentences. To be successful in deporting criminal aliens, ICE needs the assistance of state and local law enforcement agencies, both in terms of notification of a pending release and a 48-hour hold. If the local agency does not hold the alien for ICE, it simply releases the criminal back onto the streets.

The ACLU, however, argues that detainers are unconstitutional unless they are accompanied by a judicial determination of probable cause. The ACLU letter makes this claim based on an erroneous reading of a single federal court decision handed down in April: Miranda-Olivares v. Clackamas County.

The Federal District Court for Oregon ruled in favor of Miranda-Olivares because it found that the alien’s continued detention after completion of her sentence for violating the restraining order must be based on probable cause. Probable cause is met when an officer has a subjective, objective basis for believing that an individual has violated the law.  Moreover, nowhere in its decision did the Oregon federal court hold (or even consider the argument) that a statement of probable cause must be accompanied by some sort of judicial approval. Instead, the District Court closely examined the text of the ICE detainer form (Form I-247).

The Court determined that, standing alone, the ICE detainer issued with respect to Miranda-Olivares did not demonstrate probable cause. The detainer form offered a list of four options officers could check to serve as the basis for the detainer. The box checked on the form for Miranda-Olivares stated merely that ICE had “initiated an investigation” to determine whether the individual in question was subject to removal. Based on these words, the Court held that “it was not reasonable for the Jail to believe it had probable cause to detain Miranda-Olivares based on the checked box on the ICE detainer.” The court held that in its view, this checked box did not show that probable cause had been demonstrated on the face of the detainer. Thus the Court found that the jail’s detention of Miranda-Olivares past the end of her sentence violated the Fourth Amendment.

While the holding of Miranda-Olivares is disappointing for true immigration reformers, and will hopefully be appealed, it is important to note that the decision is already irrelevant. Only a few months after Miranda-Olivares filed her complaint, ICE changed its detainer policy and the I-247 detainer form. The new form replaces the language stating ICE has “initiated an investigation” with respect to an alien with language that states ICE has “determined that there is reason to believe the individual is an alien subject to removal from the United States.” This language — AS THE ACLU ADMITS — satisfies as demonstrating probable cause on the face of the detainer. (See ACLU article, Jan. 23, 2013)

While the ACLU still argues that a judge must approve the probable cause determination for holding an alien, this was not the holding of Miranda-Olivares v. Clackamas County. Moreover, since ICE holds are generally limited to 48 hours, there is a strong argument that local law enforcement agencies may, without violating the Constitution, hold an alien for that reasonable period of time based on the probable cause determination found in the new I-247 detainer form and without judicial approval.

Unfortunately, and despite the fact that ICE detainer form now contains a statement of probable cause, numerous Oregon counties stopped honoring all ICE detainers as a result of Miranda-Olivares. Counties in Colorado and Washington State soon followed suit. And now, after receiving the ACLU letter, the California State Sheriffs’ Association has advised all sheriffs in California via email to stop honoring all ICE detainers, no matter how violent the offense committed by the alien. While these counties may be legitimately worried they cannot afford a legal defense if sued, the result will be devastating. California consistently has the highest number of criminal aliens in the country; during President Obama’s first term in office (FY2008-2012), Los Angeles County Jail alone received 28,000 detainers from ICE.