You are at:Home»Politics»Speaker Boehner’s “Problem” 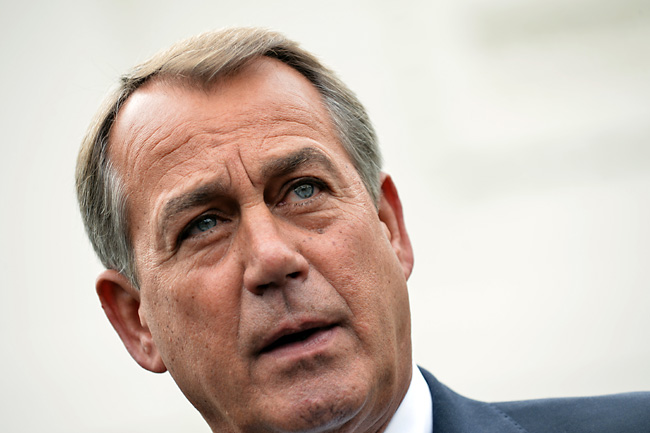 At his weekly press conference, House Speaker John Boehner told reporters “There’s nobody more interested in fixing this problem than I am.”

What problem might that be you ask? Why the problem of how the GOP establishment and special interests are going to force an amnesty on the American people of course.

Boehner’s comment came in response to a question by reporter Jorge Ramos asking him why he is “blocking immigration reform” in the House of Representatives. But instead of arguing against amnesty because it is bad public policy and bad for Americans, Boehner once again reiterated his support for amnesty and blamed his inability to “fix the problem” (i.e. not passing it) on President Obama.

But why is refusing to put the needs of illegal aliens and special interests above those of the American people a problem that Boehner is looking for a solution to in the first place? Rather than worrying about the “problem” of how he can deliver mass amnesty to 12 million illegal aliens and hand tens of thousands more guest workers to Big Business, Speaker Boehner should be worried about the problem of unemployed Americans. Like the 20 million un-or-underemployed Americans, or the 1-in-2 recent college grads who cannot find a job.

Now there’s a problem worth fixing. If only there was someone up to the job…