You are at:Home»Politics»Countdown to August Recess 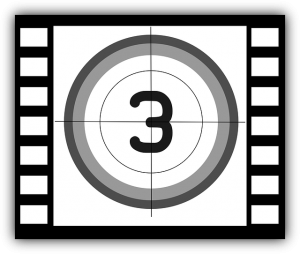 A Primer of What’s Pending, What’s Possible, What to Watch.

The window is closing fast for so-called immigration reform to pass this year. The House will be in session for only 30 more days between now and the August recess, while the Senate has 40 work days left. As such – and we’ve been here before – the tighter the deadline, the harder and more audacious the push for amnesty always is.

In tandem with FAIR’s Government Relations Team, we’ve prepared a quick and hopefully helpful guide of what’s in motion.

ENLIST Act Won’t Be Attached to NDAA (No Risk)

Despite efforts by California Republican Jeff Denham to attach to the National Defense Authorization Act (NDAA) his ENLIST Act (H.R. 2377), which would allow illegal aliens to join the military and grant them green cards and expedited citizenship in return, House and Senate leaders opposed it. Instead, House GOP leaders passed a “clean” NDAA bill without any amnesty attached, and key players in the Senate indicated that there was not a “consensus” among Senate Dems to include it the upper chamber’s version of the NDAA either.

ENLIST Act Could Emerge as a Stand-Alone Bill (Medium Risk)

Both House Speaker John Boehner (R-Ohio) and Majority Leader Eric Cantor (R-Va.) have indicated that they are open to giving the ENLIST Act a vote as a stand-alone bill on the House floor. After saying that he would not allow the ENLIST Act to be attached to the NDAA, the Washington Post asked Cantor whether he would schedule a vote on Denham’s proposal at a later date. (Despite Cantor’s spokesman saying just days prior that it would not receive a vote even as a stand-alone bill, Cantor replied that “no decision has been made.”) Cantor’s comments echo that of Speaker Boehner, who also said “There have been discussions about that but no decisions,” leaving the door wide open.

Jessica Wright, the Acting Undersecretary for Personnel and Readiness at the Defense Department, said the Obama Administration is looking into allowing certain illegal aliens who allegedly came to the U.S. as minors to join the military. Arguing that doing so would help satisfy the military’s need for more diversity, Wright said of a military amnesty: “Legislation like this would assist the military and potentially our recruiting efforts, and increase the pool of eligible young individuals that we can enlist. While it may create a larger pool of these enlistees, it may also further the diversity of our department, our fleet and our force.” In this scenario, the Obama Administration would likely call on Defense Secretary Hagel to use a provision in current law that allows the Secretary of Defense to allow those who are otherwise ineligible to join the military to enlist if doing so would be “vital” to the country’s “national interest.”

Several bills could emerge at any point that would increase legal immigration, foreign guest workers, high-tech workers, or grant amnesty to young illegal aliens (DREAM Act). And any of those bills could then be sent to the Senate with the risk that the massive amnesty bill (S-744) could remerge. While the Chamber of Commerce and high-tech industry, led by Mark Zuckerberg, continue to exert tremendous pressure on the GOP, the political realities of pushing amnesty may, dare we say…finally be occurring to House Speaker Boehner. Polling indicates his conservative base has little appetite for amnesty, a battle over it would further split the party and its passage would inalterably change the national electorate in favor of the Democrats. Tactically, Boehner may be wagering that if amnesty legislation does not move, Obama will do it by executive action and in that instance, would give Boehner more political ammunition with which to attack the president.

(But that’s the political calculus, not the moral position. Speaker Boehner deserves voter condemnation for taking not taking a firm, consistent and clear position against amnesty, for not defending American workers and for his reluctance to stop President Obama’s continued abuse of executive power.)

If past performance is any indicator of future performance, all eyes are on some late Friday afternoon in August when Congress has left town and Americans are starting their vacations. That’s the ideal – and usual time – when the Obama Administration abuses executive power and announces sweeping changes to immigration law. (Think of Deferred Action for Childhood Arrivals). The ENLIST Act, the DREAM Act, or even larger scale amnesties are all possible recipients of Obama’s pen when no one is paying attention.

Democratic leaders have telegraphed their intentions quite clearly. Consider three quotes from the past two weeks:

Senate Majority Leader Harry Reid (D-Nev.) threatened House Republicans last week, telling them that if they did not pass an amnesty bill before the August recess, President Obama would have no other choice than to grant a broad unilateral amnesty through executive fiat. “We’ve waited 329 days, we’re willing to wait another six weeks,” Reid said referring to the number of days that have passed since the Senate passed its mass amnesty guest worker bill, S. 744, last summer. “But at the end of six weeks,” Reid continued, “if something hasn’t been done, then there’s gonna have to be a move made.”

Sen. Chuck Schumer (D-N.Y.), made similar threats. “[House Republicans] have about a six-week window, from June 10 after the last Republican primary until the August recess. If they don’t pass immigration reform them, the president will have no choice but to act on his own,” he said.

One change is almost certain. As part of the DHS’s review of deportation policies, Secure Communities will be either weakened, or axed entirely. On May 15, during an interview with PBS NewsHour, Secretary of Homeland Security Jeh Johnson implied that the Obama Administration may be preparing to dismantle the Secure Communities program “The program” Secretary Johnson said, “has become very controversial,” and needs “a fresh start.”

The fresh start Johnson has in mind is probably a complete elimination.

Through the Secure Communities program, local law enforcement officers submit the digital fingerprints of all individuals they book for comparison against the Department of Homeland Security (DHS) and Federal Bureau of Investigation’s (FBI) databases to determine if the person is an alien. If the DHS database identifies the individual as an alien, that information is sent back to both the local jail/prison and the local ICE office for further action, including the opportunity for ICE to issue a detainer and begin deportation proceedings.

The program is vital, and represents the last remaining immigration enforcement tool left for local police. The program enables local communities to identify illegal aliens and make sure they’re removed from the country after serving time, and not put back on the street. Without the program, inmates would just be released without anyone knowing that they’re illegal aliens and would represent a step backwards to the old catch and release practice.

This is the easy stuff for ICE to deal with – locating and identifying criminal aliens already in lockup.

That said, look for the “fresh start” to start soon.