You are at:Home»Federal»‘Shamnesty’ Given New Meaning 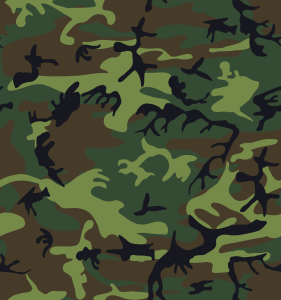 The term ‘shamnesty’ was coined to characterize a proposed amnesty passed off as ‘earned legalization.’ It was still an amnesty but the public was being told that it was something different because of conditions such as paying a fine and back taxes, and waiting until those abroad got their visas. Now the Obama administration is proposing a totally new sham to provide amnesty to illegal aliens – this time bypassing Congress.

Since the original ‘shamnesty’ legislative approach has stalled in Congress, the Obama administration has used executive powers to provide a limited amnesty to the so-called ‘Dreamers.’ Providing protection against deportation and work permits for two-years (renewable) to illegal aliens up to age 30 who entered the country as minors set in motion a new trend in accommodating these illegal residents. States that are run by Obama supporters have fallen over themselves to provide these beneficiaries of Deferred Action for Childhood Arrivals (DACA) with driver’s licenses, in-state tuition and financial aid.

A newly proposed action by the administration would provide a route not only to legal residence for the ‘Dreamer’ beneficiaries, but also to U.S. citizenship. That should be impossible without the cooperation of the U.S. Congress. However, the administration claims it has found a loophole. Five years ago, Congress enacted a law – Military Accessions Vital to National Interest (MAVNI) that allowed the military to enlist aliens who had special skills needed by the military – foreign language and medical specialty qualification – up to 1,500 per year. This law coupled with earlier legislation that allowed U.S. citizenship to be granted immediately to military personnel assigned to combat zones allowed expedited U.S. citizenship as an inducement for legal aliens to sign up for military service.

Now, the administration is proposing to open up this MAVNI programs to the illegal aliens with DACA status. By doing so, access to U.S. citizenship would also be provided to them.

It appears that besides warping the MAVNI law by opening it to illegal aliens, the administration is going to have to ignore other laws and regulations to implement this proposal. It will have to ignore the law-breaking of the illegal aliens themselves and the immediate relatives who are illegally in the country which would preclude enlistment at present. If the administration implements this proposal, as seems likely, it will have imposed a process that represents not just a full amnesty, i.e., legal permanent residents for the beneficiaries, but also a shortcut to U.S. citizenship while by-passing Congress.