You are at:Home»Politics»Obama’s DREAM to Cost Taxpayers Over $2 Billion 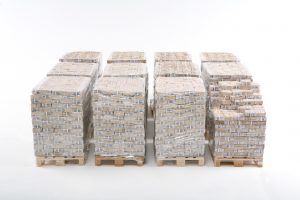 According to a letter sent to Senate and House appropriators last week, the Obama Administration estimates that U.S. taxpayers will spend approximately $2.28 billion next year on unaccompanied minor illegal aliens that enter the United States. (See also Politico, June 1, 2014) That’s up from $868 million this year, according to the Administration’s estimate. (Id.)

Addressed to Senate Appropriations Chairwoman Barbara Mikulski (D-MD), the letter from the Office of Management and Budget (OMB) assumes the number of unaccompanied minors will continue to flood the border at unprecedented levels. Indeed, the number of unaccompanied illegal alien minors crossing the border has increased ten-fold over the last three years. According to Health and Human Services (HHS) projections, the agency responsible for the minors once they enter the country, the annual number of arriving unaccompanied minors has increased from 6,560 in FY2011 to an estimated 60,000 in FY2014. (See Testimony of HHS Official Mark Greenberg at p.5, May 7, 2014; see also HHS Year in Review, Feb. 4, 2014) Moreover, the Administration estimates that the number will rise to 130,000 in FY2015, the basis for the $2.28 billion OMB estimate. (Reuters, May 28, 2014)

To cope with the surge in unaccompanied minors crossing the border, President Obama established Monday an interagency “Unified Coordination Group” to direct Federal response efforts to the growing issue. “The influx of unaccompanied alien children (UAC) across the southwest border of the United States has resulted in an urgent humanitarian situation requiring a unified and coordinated Federal response,” a memorandum issued by the President reads. (See Presidential Memorandum, June 2, 2014) In response, Homeland Security Secretary Jeh Johnson announced that he was appointing Federal Emergency Management Agency (FEMA) Administrator Craig Fugate as the Federal Coordinating Official. “In this role, Administrator Fugate will, subject to my oversight, direction and guidance, lead and coordinate Federal response efforts to ensure that Federal agencies are unified in providing relief to the affected children,” Johnson said. (See Johnson Press Release, June 2, 2014; see also Reuters, June 2, 2014)

Read More of this story at FAIR…