You are at:Home»Federal»How Obama Created an Immigration & Humanitarian Crisis 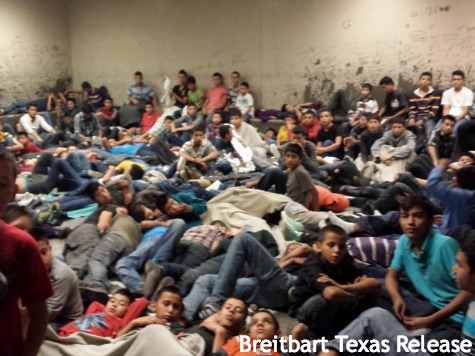 The recent surge of unaccompanied illegal alien minors crossing the South Texas border has been portrayed as a humanitarian crisis by the Obama administration. While these young crossers face perilous conditions in transit and uncertain futures once they arrive, the fact is that the crisis has been the direct consequence of lax enforcement and a welcoming environment for illegal aliens manufactured by the Obama administration.

The surge is straining Border Patrol resources to the breaking point. What’s worse, the administration’s response to the crisis — transporting illegal border crossers to other locations where they are processed and then released — is exacerbating the situation.

The surge, and the collapse of immigration enforcement nationwide, has been brought about by the Obama Administration’s six-year scaling back of enforcement – changes that have incentivized millions thinking of coming to America illegally:

As a consequence, illegal aliens, anxious to capitalize on the administration’s offer of a free pass into the U.S. place their lives and their children’s lives in the hands of ruthless smugglers. As we head into the summer months, more than 60,000 illegal aliens, including young children, are expected to make their way across a harsh and unforgiving desert to reach the U.S. border. Some, unfortunately, die along the way. It is not inevitable but sadly the politics of the Obama administration trump common-sense immigration enforcement that would prevent these tragedies.