You are at:Home»Politics»The Anatomy of a Push Poll: Garbage In, Garbage Out 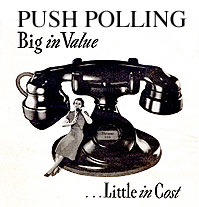 Cantor was defeated by challenger Dave Brat for a number of reasons. Certainly the fact that Cantor was a public face of an extremely unpopular House Republican leadership hurt him. So, too, did his stance on immigration policy. Brat effectively exposed Cantor’s duplicitous rhetoric on immigration. In Congress, Cantor consistently promoted amnesty for illegal aliens while claiming that he opposed amnesty.

The morning after Cantor’s stunning defeat, a poll commissioned by Americans United for Change, a group supporting amnesty for illegal aliens and large increases in new immigration, was released by the Public Policy Polling company. The poll purports to show that Cantor’s immigration stances did not hurt him with voters in Virginia’s 7th District.

In the annals of push polling, the PPP poll is a shining example of how you can frame questions in a way that guarantees you’ll get the responses you’re looking for. This poll goes even further. Some of the information presented to respondents is flat-out inaccurate.

Below are the two substantive questions on immigration asked in the poll with annotations demonstrating how blatantly the polling company sought to manipulate the results:

There is bipartisan immigration reform legislation being debated in Washington. The bill would secure our borders1, block employers2 from hiring undocumented immigrants, and make sure that undocumented immigrants already in the U.S. with no criminal record3 register for legal status. If a long list of requirements 4 is met over more than a decade, it provides eligibility for a path to citizenship.

Would you support or oppose this proposal?

2 S.744 would not “block employers” from hiring illegal aliens. It would be a decade or more before a universal employment verification system would have to be fully implemented, which means that the employment of illegal aliens could continue for some time to come. Again, there are no meaningful consequences for failure to fully implement such a system.

3 Illegal aliens with up to three misdemeanor convictions could still qualify for amnesty under S.744. These include a long list of serious offenses that could endanger public safety. The bill would also allow illegal aliens who have committed felonies, but agreed to plead guilty to lesser charges to gain amnesty.

4 The “long list of requirements” includes illegal aliens doing what is expected of everyone else in society. With the exception of paying a relatively small fine, there is nothing punitive about the requirements S.744 sets forth for illegal aliens to gain amnesty.

Do you support or oppose an immigration reform plan that ensures5 undocumented immigrants currently living6 in the U.S. pay a penalty 7, learn English8, pass a criminal background check9, pay taxes10, and wait a minimum of 13 years 11 before they can be eligible for citizenship?

5 S.744 does not actually ensure any of the things the question claims it does.

6 S.744 would actually allow illegal aliens who have previously been deported to return to the U.S. and gain amnesty.

7 The $2,000 fine assessed by S.744 is, in many cases, less than the amount the illegal aliens paid human traffickers to smuggle them into the U.S. Essentially, the bill sells legal access to the U.S. for the bargain basement cost of $2,000.

8 We expect all immigrants to learn English. Moreover, S.744 offers many waivers for people who cannot meet this requirement.

9 Carrying out meaningful background checks on 11 million people, or more, is impossible. There have been numerous examples of USCIS, at its current caseload, failing to do effective background checks on people who have been legally admitted to the country. Moreover, the department’s own Inspector General has reported that USCIS employees are pressured to ignore evidence that applicants pose a danger to American society and approve immigration benefits.

10 Note that they question does not say back taxes. Illegal aliens, like everyone else, are already to pay taxes on earnings in the U.S. Thus, S.744 does not penalize them for past tax evasion, and merely requires them to do what is already required of them under our tax code.

11 The 13 years is for citizenship. In the interim, they will be permitted to live and work in the U.S. Foreign nationals seeking admission through the legal immigration process can often wait 13 years, or more, outside the United States.