You are at:Home»Immigration Issues»Border Security»American Politicians Won’t Call It ‘Amnesty,’ but Illegal Border Crossers Do 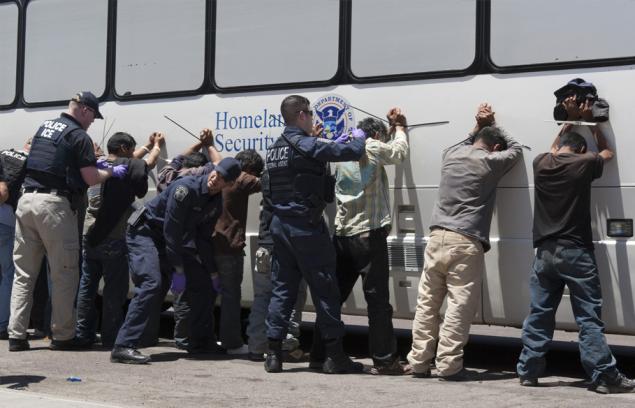 In America, amnesty proponents on both sides of the aisle have long avoided the term “amnesty” like vampires avoid a cross. Just a couple of weeks ago, Homeland Security Secretary Jeh Johnson insisted under oath that the Administration’s policies purporting to give lawful presence to illegal aliens were not “amnesty.” And, when asked directly whether the Administration’s policies directly fit the definition of amnesty in Black’s Law Dictionary, he simply refused to answer.

Sometimes American politicians, by saying they are against amnesty even as they support it, can fool their constituents long enough to get through an election, and sometimes they can’t.  But there are some people who won’t be fooled by calling amnesty “immigration reform.” And that is those who are considering whether or not to illegally cross the border.  According to the Tuscan Border Patrol Union President, when agents ask the illegal border crossers what drove them, “we are hearing a lot of amnesia.”

While the Administration’s official explanation for the dramatic surge in border crossings by unaccompanied minors is violence in Central America, its credibility on border protection is long gone. It is the (justified) rumors all over the Central American news that have caused the recent surge in illegal arrivals, not an uptick in violence. As true immigration reformer Senator Jeff Sessions (R-Alabama) says, the Administration has only itself to blame for the humanitarian catastrophe at the border. Unfortunately though, it is the American people that it wants to pay for its dereliction of duty.