You are at:Home»Federal»DACA Renewal Process Ensures No Illegal Alien Left Behind 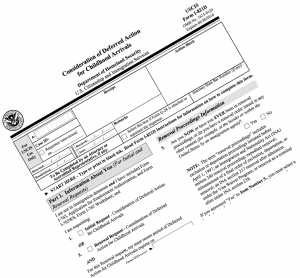 In announcing the renewal process, DHS released a revised application form (now to be used for both initial and renewal applications) and instructions that greatly expands the deferment from deportation program. While DACA is supposed to be a limited two-year program, the new application form makes clear that DACA recipients can apply for renewal up to one-year after the expiration of their current deferment with no consequence. Rather, U.S. Citizenship and Immigration Services (USCIS) simply “encourages” DACA renewal applicants to reapply for the program within 120 days of expiration, but does not expressly require them to do so. In fact, reapplying more than one year after the expiration of current deferment is not even enough to subject a DACA recipient to removal proceedings. Instead, such applicants can still benefit from the amnesty program and only have to reapply as an “initial” applicant.

Indeed, DHS Secretary Johnson’s press release on the renewal essentially declared that no illegal alien will be left behind. “[A]lmost all of us agree that a child who crossed our border illegally with a parent, or in search of a parent or a better life, was not making an adult choice to break our laws, and should be treated differently than adult law-breakers,” said Johnson. (emphasis added)

Actually, there are many who disagree – like Congress, for instance, which defeated a legislated amnesty for these illegal aliens as recently as 2010.

DACA
Previous ArticleAmerican Politicians Won’t Call It ‘Amnesty,’ but Illegal Border Crossers Do
Next Article Rand Paul “Trapped” by His Own Willful Ignorance