You are at:Home»Politics»America Dislikes Obama’s Handling of Illegal Immigration

Last week, CNN quietly released a poll revealing that 61% of Americans disapprove of Obama’s handling of illegal immigration and only 35% approve.

Most importantly, this is the highest disapproval rating on immigration that President Obama has received in office. While Obama is issuing warnings and deadlines to Congress, fewer and fewer Americans agree with what he’s doing. 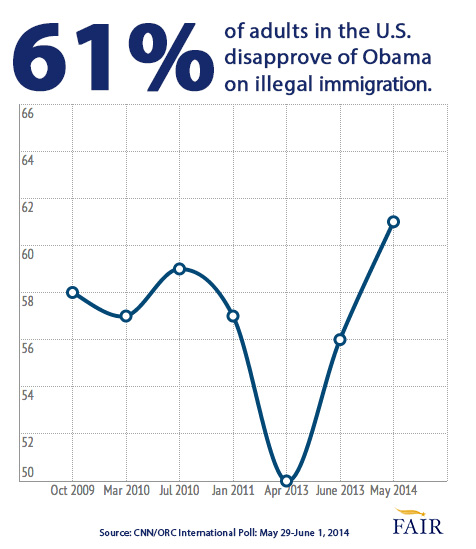 As noted in this week’s Legislative Update, immigration had one of the lowest approval ratings out of all the issues covered in the poll:

When the poll was broken down by demographics, the only groups approving of Obama’s immigration actions were those who identified as Democrats (60% approved) and liberals (57% approved).

Even younger Americans have negative views of President Obama on this issue. 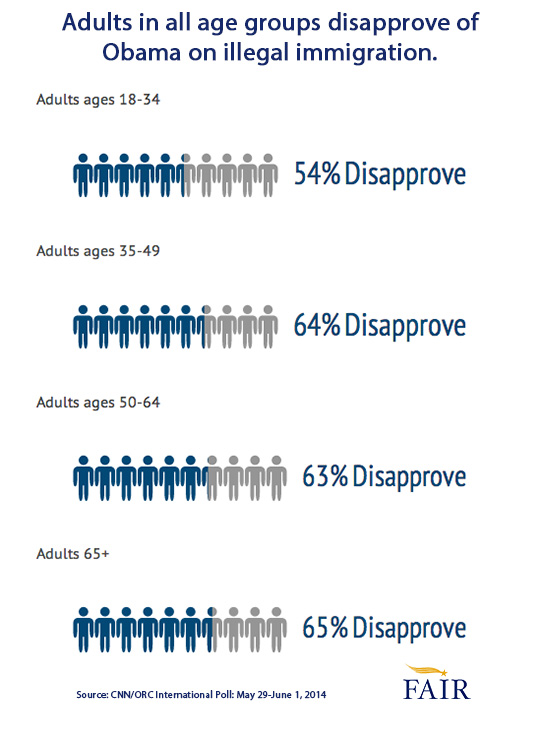 While adults in the Northwest have the highest approval rate of Obama’s immigration policies, he is still under water in that region as well as the rest of the country. 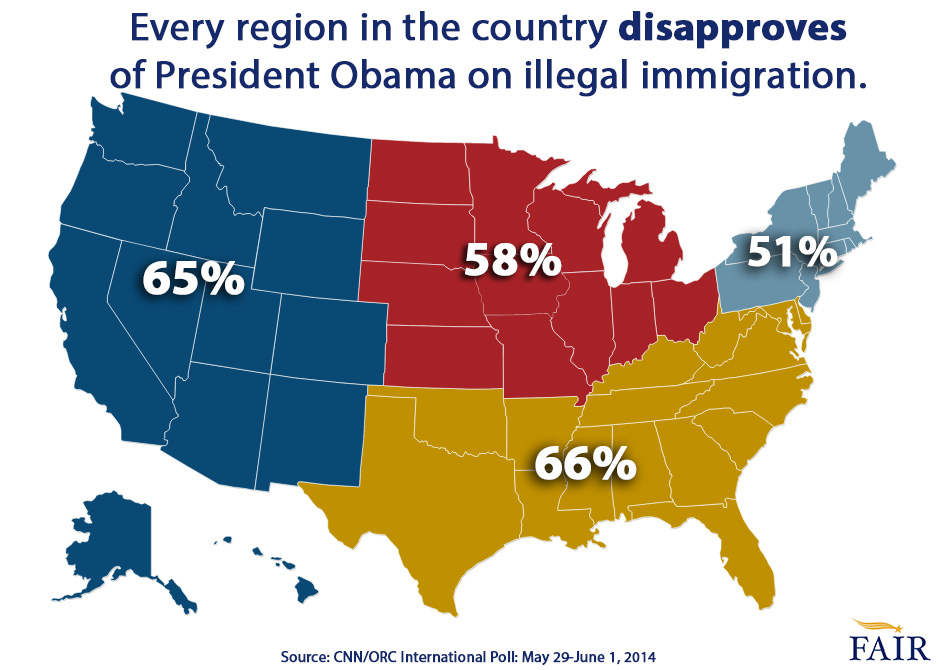 Despite the millions being spent by the agriculture and tech lobbies, urban, suburban and rural dwellers all disapprove. In fact, those living in rural communities have the highest disapproval rate. 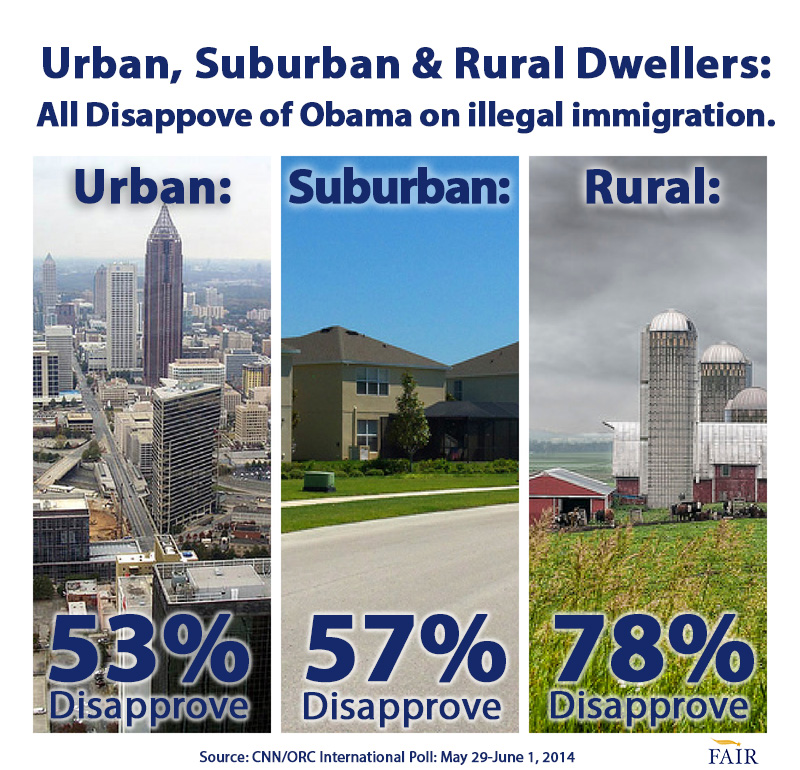 CNN disapproval rating immigration Obama poll
Previous ArticleRand Paul “Trapped” by His Own Willful Ignorance
Next Article Have the Elite in America Lost Touch with Reality?