You are at:Home»Immigration Issues»Education»Have the Elite in America Lost Touch with Reality? 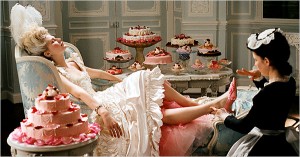 Americans are hurting right now. Some 20 million people are unemployed, or under-employed. Millions more have just given up and dropped out of the labor market. And many who have jobs are losing their grip on the middle class.

Against this backdrop, along comes former investment banker and current CNBC contributor, Carol Roth, with a solution to the “immigration problem” that, by comparison, makes Marie Antoinette seem in touch with the concerns of the average Frenchman, circa 1789.

The homepage of Roth’s website aptly poses the question, “Who The $%*@ is Carol Roth?” I think we can answer that question for her.  Carol Roth is the poster girl for an economic and social elite that is $%*@ing out of touch with the concerns and realities of most Americans.