You are at:Home»Immigration Issues»Border Security»FEMA’s Requirements for Unaccompanied Minor Shelters

As local news reports trickle out regarding potential locations for unaccompanied alien minor shelters, the only criteria seem to be large buildings – even one that wasn’t available.

The Department of Homeland Security has reportedly looked vacant schools in Houston, an empty Walmart store in Brockport, New York, old jails in Pennsylvania and Texas, a government warehouse in Baltimore, former convents, monasteries, and boarding schools and at least two different college campuses in Virginia.

Recently, FAIR obtained a copy of an email from NETWORK, a pro-amnesty Catholic organization, from the Federal Emergency Management Agency asking for suggestions for potential shelter locations. The email was sent to other immigration & refugee organizations that are actively supporting “comprehensive” immigration reform.

What types of facilities are being considered? The range of buildings included on FEMA’s list help to explain why the proposed locations seem so varied.

Like any other real estate hunt, location is the most important factor. The list of requirements that accompanies the email stipulates that facilities must be within 50 miles of a major city (meaning it must have a population of 200,000 or more) and be in close proximity of an airport.

Large spaces are also key, as shelters require 80 square feet per resident. Only structures with 90,000 or more square feet of open space qualify.

See the emails below about FEMA’s solicitation for help finding potential UAC Shelters. 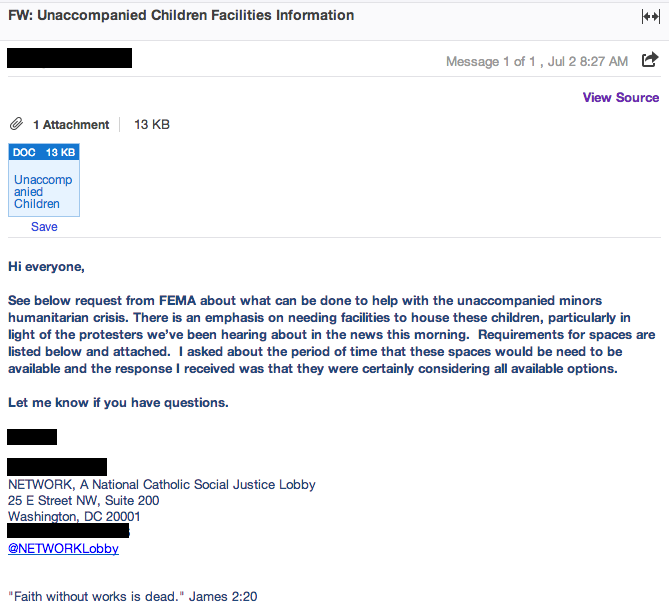 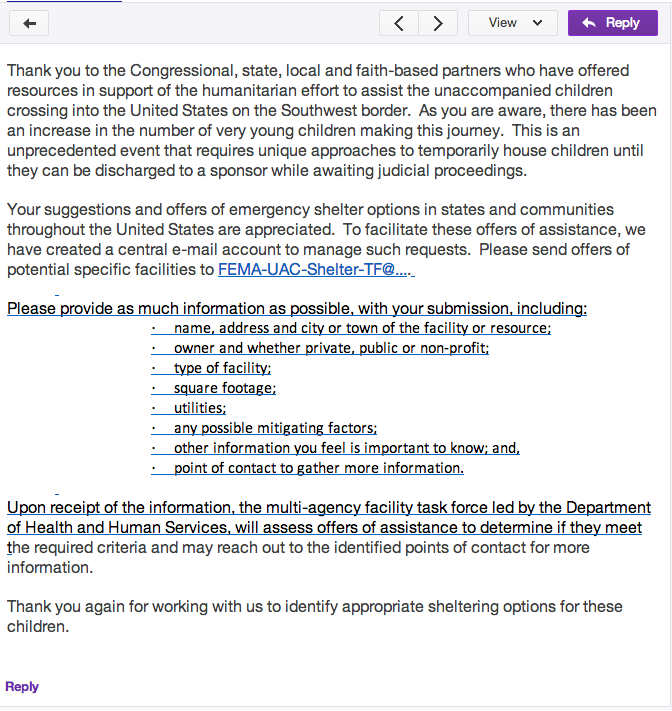