You are at:Home»State & Local»Next in Charlotte: IDs for Illegal Aliens? 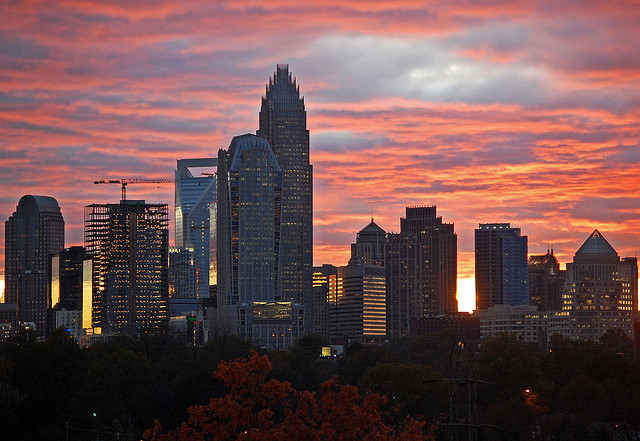 Charlotte, North Carolina might just become the latest city to embrace municipal identification cards for its residents and illegal aliens as Mayor Dan Clodfelter recently met with the city’s immigration task force to research the possibility of creating an city-issued IDs. The card, if the law is enacted, would allow illegal aliens access to taxpayer funded city services.  In a statement regarding the issue of ID cards the mayor was quoted as saying that “This is a question for the entire community. The city, county, school system, law enforcement, community based nonprofits and other agencies need to work together on a review of the options to explore what may be feasible at the local level.”

Advocates for an ID card argue that these measures will keep track of those residents in the city illegally. Furthermore, they will provide a welcoming setting for all communities and will allow parents of illegal aliens to be part of their children’s lives in school as, under the current Charlotte N.C. law, a social security number is required to access schools.

With all due respect Mr. Mayor, this move is misguided, to say the least. To provide ID cards for illegal aliens not only ignores federal law but encourages those aliens who are here without permission to continue to break the law. In fact, it makes it easier for them to break it! The issue here is not social but legal. As Ron Woodward of NC Listen stated, “It’s against federal law to aid and abet people in the country illegally and if this isn’t aiding and abetting, I don’t know what is.” Well put Ron. According to Immigration and Nationality Act Section 237 (a)(1)(B): “Any alien who is present in the United States in violation of this Act or any other law of the United States is deportable.”  An ID card for those persons who are in the country without permission is insulting to law-abiding immigrants and U.S. residents of Charlotte N.C. Mayor Clodfelter, instead of encouraging those who are in the country illegally to stay, and instead of looking for ways to improve their lives, you should be focusing on those legal immigrants and U.S. citizens who have not broken the law and need your undivided attention.