You are at:Home»Immigration Issues»Linguistic Trickery: How the Media Uses Language to Mask the Truth 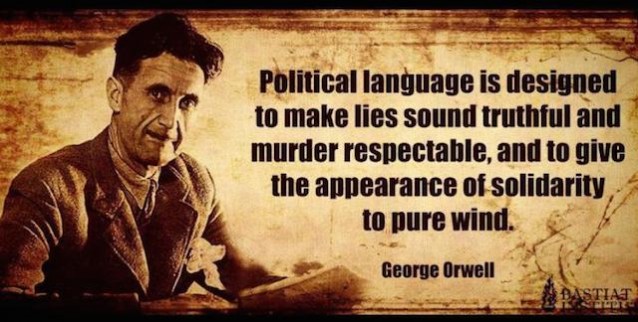 Last year, the Associated Press decided to remove the term illegal immigrant from its stylebook. The move was described by AP Executive Director Kathleen Carroll in a blog post as “part of a broader shift away from labeling people and towards labeling behavior — for example, referring to people ‘diagnosed with schizophrenia’ instead of ’schizophrenics.’” This policy change by the Associated Press, a group which has considerable influence since its stylebook is used by journalism schools and media outlets around the world can only be described as misguided, confused, and incorrect.

For one, under federal law, individuals who enter the United States illegally are classified under the law as illegal aliens. An alien who comes to this country legally would be classified as a legal permanent resident, a temporary resident, or a refugee; but to call those individuals who have come to the United States without permission anything other than an illegal alien is a slap in the face to those who have followed the law and are here with permission. Sadly, a movement has risen among illegal alien advocates to offer alternate terms of classification for those aliens who have broken the law in the hope that it will provide a smoke screen which will avoid the clear and undeniable fact that millions of people are illegally residing in the United States.

In fact, just recently, in a memo to his staff, news director Dan Jacobson of news station, NY 1 in New York, stated that “staff are encouraged to indicate that an individual is ‘here illegally,’ with ‘undocumented immigrant’ as a permissible fallback.”” Furthermore the memo goes on to state that “Undocumented is a little Orwellian—it’s not like people misplaced their documents or left them at home but I also understand the much more damaging impact of branding someone illegal, which many interpret is the case when we use the shorthand ‘’illegal immigrant.’” Jacobson continued, “We are talking about their legal status, but many viewers think that we are talking about the person themselves.”

Folks, the law is clear and we as a society must follow it. Equality under the law means applying it equally and justly. Illegal alien is a legal term for an individual that has violated a democratically enacted, constitutionally authorized, and ethically and morally justified immigration law. That person is classified as illegal because they have chosen to break the law and come to the United States without permission.

However, advocates of an alternate classification for those who broken immigration law argue that no human being is illegal and to classify someone as that is a human right violation. In fact, according to Hugo Balta, President of the National Association of Hispanic Journalists, “The i-word is a racial slur that shreds the human rights of 11 million undocumented immigrants living and working in this country. It feeds the ignorant perception that they are lower class and undeserving of being protected and treated fairly.” Mr. Balta, law is blind to color, appearance, or for that matter nationality. It is not banishment from the human race nor is it insulting or dehumanizing to use the terms illegal or alien. It is simply a fact that those who broke the law and have decided to come here illegally are illegal. It’s that simple.

illegal alien language media
Previous ArticleWhat the Sheriffs Learned on the Border
Next Article Border Crisis: Most Unaccompanied Minors are Smuggled In, Not Trafficked