You are at:Home»Immigration Issues»Agriculture»Why Population Growth is an Issue 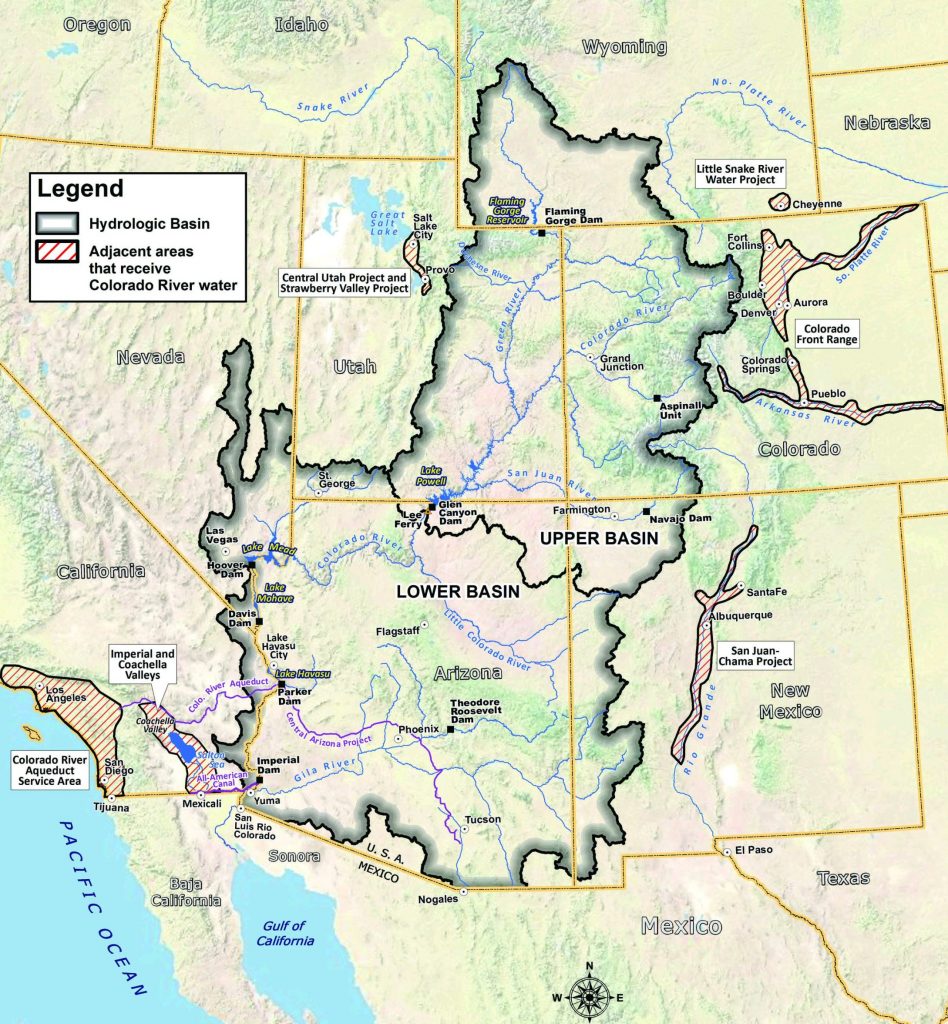 The U.S. Southwest is even more threatened with water scarcity that results from the overuse of the Colorado River than had been previously known. The water available to the region comprised of Arizona, New Mexico, Colorado, Utah, Nevada and California, comes not just from the Colorado River, but also from groundwater in aquifers. A new study of the groundwater resource has found that it is being consumed much faster than it is replenished according to The Washington Post.

According to the article, the study, conducted by researchers at the University of California at Irvine, California Institute for Technology, NASA, and the National Center for Atmospheric Research, concluded that, “…federal officials allocated 30 percent more water from the Colorado River than was actually available. The gaps were made up by groundwater. Across Western states, the farmers and urban areas that rely on groundwater are already seeing declining water tables, an indication that supply is running low.” In most of the region there is no regulation of drilling new wells to tap into the groundwater resource.

The supply of water is essential to sustaining agricultural production, human consumption and industrial output. The declining water resource results both from climate change and over-consumption. The prospect that is implied by the increasingly scarce resource is for rationing of water usage and that implies trade-offs among competing users.

Between 1960 and 2010, the population of the six states has increased by about 35 million residents, i.e., 170 percent. The largest population growth has been in California, but its rate of growth (138%) has been dwarfed by that in Nevada (848%) and Arizona (393%). During the same period, the foreign-born population soared by more than 700 percent, a net increase of about 12 million residents. If the population growth continues, the water resource crunch will inevitably be much more acute. The amount of population growth due to interstate movement of residents isn’t likely to ever be regulated, nor is the factor of natural population growth (more births than deaths), and that leaves the only possibility of limiting immigration – which is a discretionary policy – as a means to reduce the pressure on the water resource.