You are at:Home»Featured»Housing Market Growth is Evidence of a Deeper Problem in America 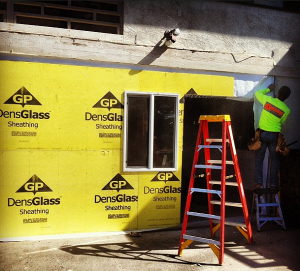 The Department of Commerce announced Tuesday that housing construction has risen 22 percent since January. Similarly, the number of building permit applications have skyrocketed and experts expect continued gains through the duration of 2014. Realtors also have reason to celebrate as housing starts were reported up nearly 22 percent since last July.

But it is no coincidence that the construction and real estate industries have seen substantial growth. Both industries have considerable stakes in ensuring the current immigration debate that plagues Congress results in their advantage.

That the housing sector seems to be doing much better is not some random occurrence. Rather, it is a result of the 1 million legal immigrants entering the country every year and 12 million illegal immigrants currently residing in the U.S. It is the effect of home insurance organizations, utility companies and others whose business models are based on endless population growth at the cost of America’s best interests.

They have devoted  $42 million thus far this year toward lobbying Washington’s lawmakers to pass immigration reform laws that would grow the population and in turn create a higher demand for housing properties and greater competition among blue-collar employees looking for work.

The National Association of Realtors is currently the second highest spending national lobbyist. Realty special interest groups or housing-related organizations who seek special legal advantages, want lawmakers to introduce bills that will positively affect their clients’ business interests and they are very motivated to do so. These groups are bigtime advocates for extending DACA to more illegal aliens and giving permission for unauthorized immigrants to work but none of these programs are intended to benefit Americans.