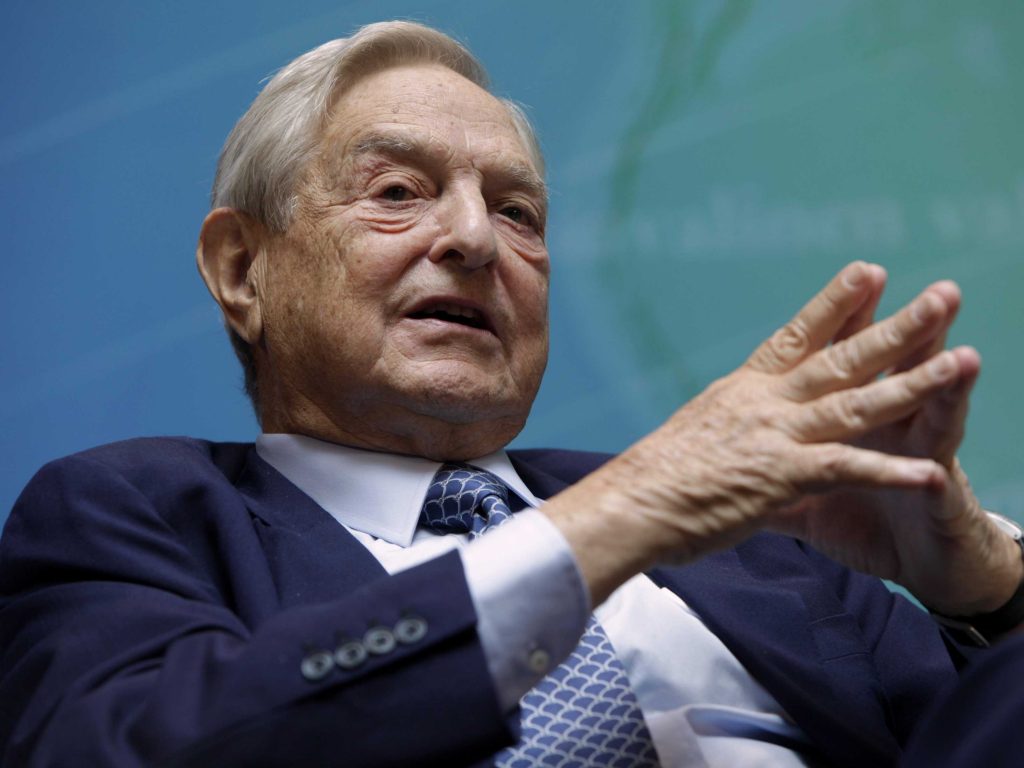 George Orwell introduced the world to the concept of “Newspeak” in his dystopian novel, Nineteen Eighty-Four. Wikipedia describes Newspeak as “a controlled language created by the totalitarian state as a tool to limit freedom of thought, and concepts that pose a threat to the regime such as freedom, self-expression, individuality, and peace.”

George Soros is aiming to make Newspeak the lingua franca of the global discussion of immigration. His Open Society Foundations has just completed “a year-long project” to compile and distribute a Media-Friendly Glossary on Migration, which might aptly be described as “a tool to limit freedom of thought” or clear expression on all matters pertaining to immigration.

To those ends, the media are cautioned against using terms like “illegal” to describe anyone who enters or settles in a foreign country without permission of “host country” (another term that is taboo). The preferred term now is “irregular,” as in people who have engaged in “irregular entry” or who find themselves in “irregular situations” with regard to their immigration status. The places where “irregular migrants” settle must never be referred to as “host countries” because that term “connotes that migrants are merely guests and their stay is dependent on the invitation and at the expense of the hosts.”

You get the drift…

The worldwide effort to cleanse the language of immigration policy of all meaning is also underwritten by the equally Orwellian named United Nations Alliance of Civilizations. For those who are not familiar with the UNAOC (and I confess that I am among that group), it was “initiated against the backdrop of the global war on terror… to improve understanding and cooperative relations among nations and peoples across cultures and religions.” The UNAOC, by the way, is headed by His Eminence Mr. Nassir Abdulaziz Al-Nasser who hails from the State of Qatar, a Persian Gulf emirate accused of funding terrorist organizations.