You are at:Home»Featured»More Observations on Immigration and the California Economy 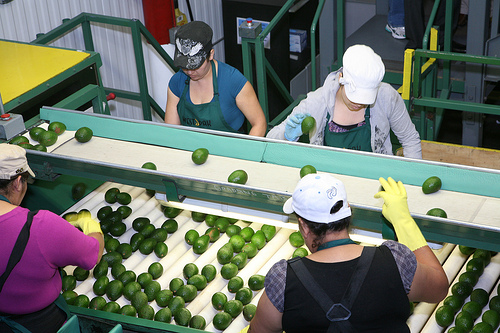 The CIPC also made much about occupations in California that have a high percentage of immigration workers, specifically highlighting those where illegal aliens are concentrated, stating that “they ﬁgure prominently in the agriculture, manufacturing, and repair and personal service industries. Not surprisingly the CPIC left out part of the story. In California, 83 percent of the occupations listed by the CIPC as heavily-immigrant have seen wages stagnate (rising less than $1) or decline between 1999 and 2013.

A more sober analysis of California’s economy was provided by the United Way of Greater Los Angeles in 2010, which found that over the preceding decade the middle class has been “eroded” as good paying jobs in the county have vanished. The United Way also found that over the past twenty years, the average worker saw a real wage drop of almost $2 per hour, 15 percent of the population in Los Angeles County lived in poverty, including one in five children, wages had been outpaced by rental costs, and high school graduation rates were at 60 percent, 10 percent lower than the U.S. average. This is hardly the rosy picture painted by the CIPC.