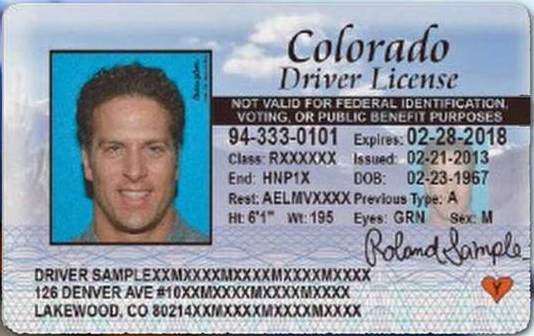 The Colorado Division of Motor Vehicles (DMV), which began granting driver’s licenses to illegal aliens in August, is overwhelmed by the unexpected high turnout of illegal alien applicants. Officials claim the chaos is caused by the underestimation of the demand and the cost of implementing the program by the Colorado Legislative Council staff. They now state it may take almost four years to grant appointments for all those currently seeking the special license. Employed as professional counsel for members of the state legislature, the Legislative Council staff estimated the demand for the licenses based on data from the Pew Research Center and immigration data from neighbor states.

“We just didn’t think demand was going to be this high,” said Chris Ward, fiscal note manager for the Colorado Legislative Council. “We were providing the best estimate we could when the legislature needed it. Ward also commented that the underestimation of demand “would definitely affect the funding.”

In addition to the backlog of illegal alien applicants, the DMV mistakenly awarded over 500 illegal aliens valid licenses meant only for United States citizens or legal residents. Senate Bill 251, the 2013 bill that created the illegal alien driver’s license program, required illegal aliens to receive a special license, distinctive from those granted to citizens and legal aliens. Under S.B. 251, any license granted to an illegal alien must indicate on its face that the license may not be used for federal identification purposes, for voting, or to prove eligibility to receive public benefits. However, a glitch in the software used by the DMV resulted in the issuance of 523 valid driver’s licenses that appeared “identical” to licenses granted to only citizens and lawfully present residents. The licenses were invalidated over a month after issuance.

Because of the high potential for fraud, granting driver’s licenses to illegal aliens without verifiable identification poses serious national security risks. Eighteen out of the nineteen 9/11 hijackers were in possession of at least one form of U.S. identification document. (9/11 Commission Report) Among them, the hijackers possessed over 30 state driver’s licenses from various states including Virginia, Florida, California, Arizona and Maryland. (Id.) These identity documents proved critical to the 9/11 terrorists overall travel strategy that included fraud in every aspect of their travel.

After the first month of implementation, almost half of the applicants that applied for Colorado’s illegal alien license have been rejected for failure to meet the documentation requirements or for failure to show up for their interview appointment. Senator Jessie Ulibarri, sponsor of S.B. 251, indicated that he is open to making changes to the law in the next legislative session, while officials from the Colorado Department of Revenue stated that they need more time to gather data before they can make requests for more funding.

This post was originally published in FAIR’s Legislative Update on September 23, 2014.