You are at:Home»Featured»Lessons from Europe 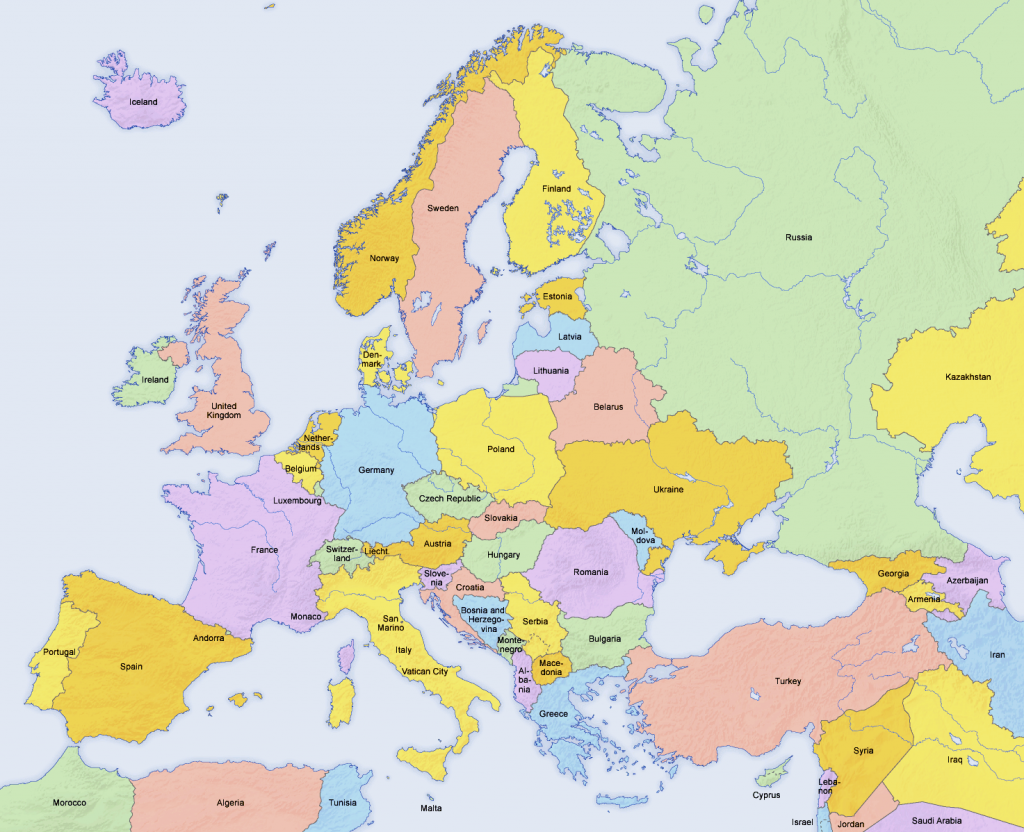 Europeans went to the polls on several occasions these past months. The results are quite representative of a shifting continent and could be clear indicators of more changes to come. They are also worthy of a closer look should we allow ourselves to learn from their example.

The September 14 general elections in Sweden resulted in the defeat of the center-right government. The Social Democrats won with 31.1% of the vote whereas the Moderate Party (in power since the last election in 2010) dropped to 23.2% from 30.1%. The big surprise, however, was the important progress of the immigration hard-line Sweden Democrats whose share of the vote grew to 13 percent (from 5.7% in 2010). This far-right party has become the country’s third largest party and can no longer be ignored as it gains popularity and political influence. This phenomenon is not unique to Sweden.

This past May, 170 million voters from 28 European countries went to the polls to elect their representatives to the European Parliament – a parliament renewed every five years. The results, deemed “seismic” by many, were marked by the rise of populist, anti-European Union sentiments. On May 26 2014, Eurosceptics celebrated their unprecedented win. The new European Parliament is now composed of 140 deputies (out of 751) opposed to Europe as it is currently administered. These Eurosceptics want the re-introduction of internal borders, definite restrictions to immigration flows into their labor markets, and the termination of the common euro currency.

Populist forces dominated the elections in many countries but it is two key EU member countries, France and Britain, which stole the spotlight. France’s Front National (FN) and Britain’s UK Independence Party (UKIP) Eurosceptic parties got the majority of votes in their respective countries rendering them the biggest winners of this European Parliament election.

In France the far-right Front National got almost 25 percent of the votes, winning a national election for the first time by defeating the two mainstream parties (right and left): the Union for a Popular Movement (UMP) – party of the former President Nicolas Sarkozy, and the Socialist Party (PS) – currently in power and party of the current French President François Hollande.

In Britain, UKIP won 28.6% of the vote ahead of the Conservatives (currently in power and party of Prime Minister David Cameron) and Labour (opposition party headed by Ed Miliband).  This victory is the first for UKIP on a national level; it is also the first time such an election is not won by either the Conservatives or Labour parties since 1910.

Nationalist sentiments dominated the winners’ discourses; both FN and UKIP campaigned against the EU, the euro, and for immigration reduction. The popularity of parties such as the FN and UKIP provide a clear reminder to the political establishment that their failure to address the public’s concerns about the impact of unchecked immigration leaves a political vacuum that may be filled by controversial parties.

This populist victory is relative as two-thirds of the European Parliament seats are still occupied by pro-European parties.  Moreover, the newly elected Eurosceptic MEPs do not have the power to change treaties nor reconsider the euro. This does not mean, however, they are without influence: MEPs will use this new platform to “broadcast their views to a home audience”. The effect of this vote will be felt on national levels rather than on the European Parliament floor and will probably influence domestic issues, especially on subjects such as immigration.

This general disenchantment with mainstream politics can be partly blamed on the financial crisis and ensuing austerity measures. Other issues were also crucial in shaping these elections: notions of identity, shared values and loyalties, immigration policies and free movement of people dominated major parts of the debate. Europe’s visa-free zone is a unique example of ‘open borders’ policy.

The Schengen accord, signed in 1990 stipulates that every EU citizen has the right to travel, work and live in any EU country. It guarantees the free movement to 400 million EU citizens. The 26 European countries that make up the Schengen zone abolished passport, visa and any type of border control within their common borders. This open border or no border policy is not to everybody’s liking. One recent criticism came from former French President Nicolas Sarkozy who declared: “EU immigration policies are an abject failure” and called upon the replacement of the visa-free Schengen zone agreement with a Schengen 2 that will not allow immigrants who enter the EU “to choose the European country with the most generous welfare system.”

The British government, as well, is looking at ways to protect its welfare system from EU migrants in search for a more generous country.  Since July of this year, a proof of residency of three-month on UK soil is necessary before any unemployed European citizen can claim child benefits or child tax credits. Other countries are attempting to tighten their borders as well. Germany is considering limiting the number of non-German unemployed EU citizens wishing to live in the country.

But benefits are not the only issue at stake here. With immigration come also problems relating to integration (or lack of it). Hosting populations in Europe are increasingly feeling (whether rightly or wrongly) threatened by the presence of immigrants. They fear for their jobs, culture, identity, and even safety. With increased terrorist threats (from ISIL and others), having open borders has never been more dangerous; especially when we learn that 900 French citizens (mostly from immigrant background) have left to fight with ISIL in the Middle East, with others planning to join them. These alarming numbers incited the French Assembly to vote for a new anti-terrorist bill  “forbidding” French nationals with jihadi links from getting out of the country. This bill could pass into law this mid-October.

As we follow Scotland’s failed aspiration (at least for now) to independence, we watch Europe’s metamorphosis. Many lessons can be learned from across the Atlantic if we do not want to risk shifting to extremes (whether right or left). But what is increasingly obvious – and telling – is that, years after many of its leaders recognized the failure of multiculturalism, Europe today is moving towards reconsidering its immigration and open border policies. Meanwhile, the United States is loosening its borders. A lot is at stake here, not just jobs, but shared values and identities. Today, extreme vigilance is needed as lives can be lost. After all, Europeans tried the open borders system and, instead of a safe and harmonious cohabitation, many were left with a desire to close them again.