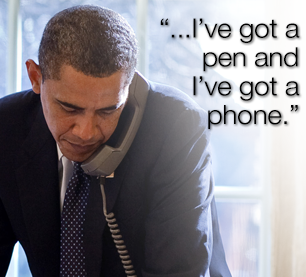 A source close to the White House told Fox News late Wednesday that President Obama plans to release a 10-point immigration plan as early as next week. Fox’s Mike Emanuel said the president was briefed on the action prior to leaving for his trip to Asia earlier this week.

It is unknown whether the announcement was intentionally or accidentally leaked to Fox; either way it’s irrelevant. Democrats no longer need to convince Obama to “go big and go bold” while Republicans are not worried about if he will use his pen and phone to administratively grant amnesty as much as when he will do so and how they can defund it.

The draft’s proposals are far more extensive than had been previously expected, dwarfing even President Ronald Reagan’s 1986 amnesty.

It is now more critical than ever for true immigration reformers in the House and Senate to lobby leadership and House Appropriations Committee Chairman Hal Rogers to include language in an omnibus spending bill or continuing resolution that will block funding for any of these programs.