You are at:Home»Politics»Lessons I Learned from Orange is the New Black 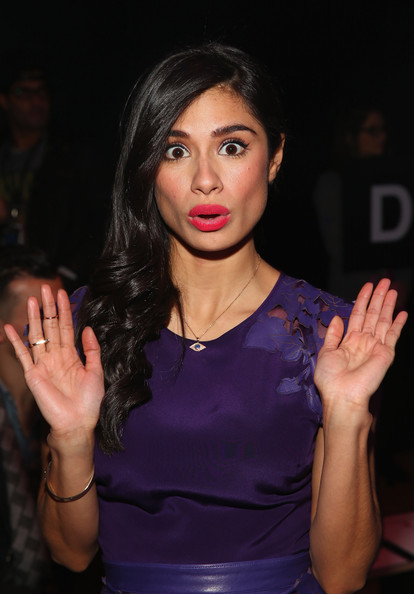 The timing of actress Diane Guerrero’s op-ed in The LA Times is spot on as the president prepares to bypass Congress with an executive amnesty and as her show Orange is the New Black just announced its premiere date.

In a heart-felt piece, Guerrero criticizes the deportation of parents of U.S. citizen children by telling the story of her parents’ deportation when she was 14 and the emotional toll it had on her growing up. Her parents immigrated illegally from Colombia in search for a better life in America. Guerrero was born in the U.S., making her a citizen by birthright. When her family was deported, she remained in the U.S. attending a highly regarded public arts school in Boston.

Guerrero’s character in Orange is the New Black leaves her young daughter to be raised by relatives while she serves time in prison for a crime she committed.  As we get to know Guerrero’s character and her fellow inmates, we learn that many of the crimes these women committed were in pursuit of creating better opportunities for themselves or their families. OITNB is a compelling fan favorite because examines what motivated these women to break the law and the resulting consequences of their actions, both for themselves and their families. While we may understand and sympathize with these characters, our sympathy never excuses what they did to end up in Litchfield Penitentiary.

In real life, Guerrero’s parents broke the law when they illegally immigrated, and they were held accountable for their actions. The key difference between Guerrero’s family and her character’s family is that Guerrero’s family was sent back to their own country (not jail) and Guerrero could have gone with them.

The Guerreros, like many other families in similar situations, prioritized keeping their citizen child in the U.S. over keeping their family together. Their family faced this difficult choice of whether or not uproot their daughter and return to Colombia as a family or arrange for her to continue to live in Boston with family friends as a result of the choice the parents made to break U.S. immigration laws.

Like our favorite inmates in OITNB, while we can understand and empathize with the reasons why people break the law to come here illegally, it does not excuse the act itself. And while we can feel for the decisions these families are faced with when they are held accountable for breaking the laws, it doesn’t mean we shouldn’t hold them accountable. The fact is, the U.S. already has one of the most generous immigration policies of developed nations, allowing over a million immigrants a year. In a world in which billions of people could improve their lives by illegally immigrating, it’s only fair to our citizens and to prospective immigrants that we set a clear path for legal immigration and enforce those laws.

deportation illegal immigration
Previous ArticleThe Audacity of Amnesty: How Obama’s 2006 Admitted Fear of Record Immigration Has Come Back to Haunt Him
Next Article Another Instance Of Unneeded Protection Of Illegal Aliens: TPS For Liberians, Guineans, And Sierra Leoneans