You are at:Home»Federal»Where is Obama’s Compassion for American Workers? 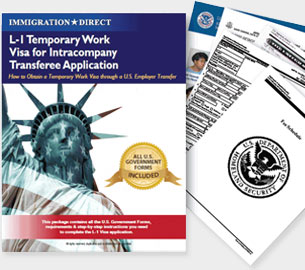 There hasn’t been much attention paid to the guest worker provisions included in Obama’s executive amnesty. Aside from the Optional Practical Training (OPT) program being expanded in as yet unexplained ways, DHS is going to maximize the use of the “national interest waiver”* to allow a foreign national with “an advanced degree or exceptional ability” to apply for a green card without an employer sponsor. Much worse, DHS will use its “significant public benefit ‘parole authority’ to:

…propose a program that will permit DHS to grant parole status, on a case-by-case basis, to inventors, researchers, and founders of start-up enterprises who may not yet qualify for a national interest waiver, but who have been awarded substantial U.S. investor financing or otherwise hold the promise of innovation and job creation through the development of new technologies or the pursuit of cutting edge research. Parole in this type of circumstance would allow these individuals to temporarily pursue research and development of promising new ideas and businesses in the United States, rather than abroad.

This is a sop to tech executives in Silicon Valley who will claim, as they do with the H-1B program, that the foreign workers (unlimited under Obama’s directive) they are now going to be able to bring in to displace Americans are the world’s “best and brightest” who have “exceptional ability” and/or are of “significant public benefit.” Not only are the meager workers protections now in place to protect Americans in skilled occupations circumvented, but there is no ceiling on how many foreign workers will be able to enter the U.S. job market.

Worst of all, the L-1B visa program, which has been used to circumvent caps on H-1Bs workers, is going to be ramped up. The L-1 “Intracompany Transferee” visa allows a company to bring an employee who has worked for that company abroad for one year to the United States. The L-1B visa is for employees with “specialized knowledge,” though the specialization of the knowledge is determined wholly by the employer. An L-1B visa is valid for five years. There is no labor market test or wage requirement for employers who sponsor an L-1 guest worker, and the spouses of L visa holders get work authorization.

The “Worker Portability” policy is more ambiguous. It will allow guest workers more bargaining power, in theory, since they can change employers, but the number of guest workers allowed in under these provisions (unlimited) is going to mean more displacement for native workers in all “skilled” occupations.

*8 U.S. Code § 1153
(B) Waiver of job offer
(i) National interest waiver Subject to clause (ii), the Attorney General may, when the Attorney General deems it to be in the national interest, waive the requirements of subparagraph (A) that an alien’s services in the sciences, arts, professions, or business be sought by an employer in the United States.

**8 U.S. Code § 1182
(5)
(A) The Attorney General may, except as provided in subparagraph (B) or in section 1184 of this title, in his discretion parole into the United States temporarily under such conditions as he may prescribe only on a case-by-case basis for urgent humanitarian reasons or significant public benefit any alien applying for admission to the United States, but such parole of such alien shall not be regarded as an admission of the alien and when the purposes of such parole shall, in the opinion of the Attorney General, have been served the alien shall forthwith return or be returned to the custody from which he was paroled and thereafter his case shall continue to be dealt with in the same manner as that of any other applicant for admission to the United States.

DHS guest worker jobs
Previous ArticlePoint-by-Point Refutation of Obama Speech
Next Article We heard the President, but did he hear the American people?