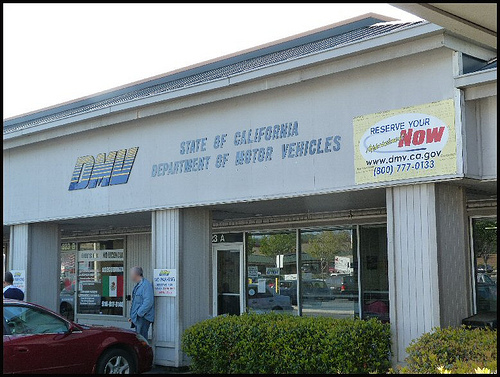 More than 46,000 illegal aliens applied for California driver’s licenses during first three business days that the provisions of Assembly Bill 60 became effective. Under the bill, approved by the California Legislature and signed by Gov. Jerry Brown, individuals without legal status became eligible to apply for these state-issued ID documents at the start of the year.

Officials estimate that 1.4 million driving-age illegal aliens are eligible to receive licenses, according to a press release from the California Department of Motor Vehicles. The DMV has hired 900 additional employees to accommodate the increase demand for services it expects over the next three years.

Despite the high inaugural weekend turnout rates, only one-third of those taking the tests in Spanish actually passed the exam. According to statistics regarding tests given on January 2, those who took the test in Spanish were 18 percent more likely to fail than their English-speaking counterparts.

Fifty-four percent of those who took the exam in English passed, comparable to passing rate among U.S. citizens and legal residents. The low Spanish success rate – 36 percent – is not due to a lack of resources for Spanish-speaking applicants though. DMV Spokesman Jaime Garza told the Press-Enterprise it is unclear why there is such a gap in numbers when exams are offered in 30 languages.

California joined nine other states issuing driver’s licenses to illegal alien by passing A.B. 60. Illegal aliens who apply for a driver’s license are required to prove identity, state residence and meet all other DMV requirements, including the written and driving tests.