You are at:Home»Featured»Why Would a Mexican President Welcome the Loss of Migrating Citizens? 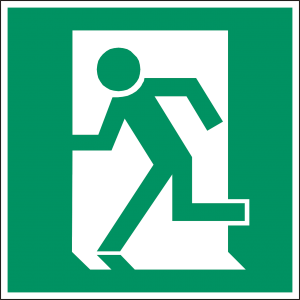 If there were a steady stream of Americans leaving the country to live abroad – especially if those emigrants were of prime working age – policy makers and pundits would be focused on what was leading to the nation’s loss and what remedial action might be needed to stem the exodus. Wouldn’t that be true for any country?

That is apparently not the case for the leadership of Mexico and its Central American neighbors. It is also not true for Cuba. The leaders of those countries have adopted policies of either publicly encouraging the U.S. to provide amnesty to their citizens who have migrated illegally to ‘el Norte’ or have publicly requested that the U.S. government continue to spare their citizens from being sent home.

According to the White House blog, Mexican president Pena Nieto said in his meeting with president Obama on January 6, 2015 that his government was ready to help its citizens in the United States obtain the documents they need to apply for protection against deportation available under the executive amnesties. Those documents promised by Pena were ones “…necessary to prove that they have been in the United States before 2010…” and birth certificates. These are to be made available without having to travel back to Mexico to do obtain them.

In the case of Cuba, president Fidel Castro blackmailed president Clinton into accepting the issuance of a minimum number of at least 20,000 immigrant visas annually for Cubans under threat of unleashing another Mariel boatlift. To accommodate Castro, Clinton established a unique (and extra-legal) lottery system of immigrant visas for Cubans. Also in the Caribbean, Haiti has citizens illegally in the United States protected against deportation by TPS (for those in the country before January 2010). This is in addition to earlier amnesty provisions for illegal aliens from Haiti, Cuba, and Central America.

If we assume that the backing of these leaders for the exodus of their citizens is not simply altruistic sympathy for their enhanced economic opportunity, the explanation for these leaders’ support for the alienation of their citizens is that it benefits their administrations. That is explained by the flow of remittances sent home by the nationals of these countries to help support family members. This support for exodus of their citizens also logically relates to the inability of the sending governments to provide enough productive jobs for those who might be sent home.

Experience suggests that if future U.S. administrations were to contemplate allowing TPS status to lapse and roll back the executive amnesties of the current administration and instead actively enforce the immigration law there would be an outcry of protest from our neighbors. They seem to think the United States should continue to bear the burden that they would face if their nationals were sent home.