You are at:Home»Featured»Virginia Governor Fails to See a Difference between Legal and Illegal Residence 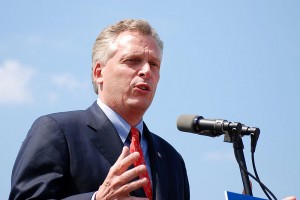 Virginia legislators have filed a bill to reverse a ruling by the state’s Attorney General granting DACA amnesty recipient’s access to in-state tuition. The challenged ruling treats the illegal alien residents as if they were legal residents of the state. That ruling ignores that the illegal aliens have neither  valid immigrant status (“green card”) or  valid nonimmigrant status (F-1 foreign student visa).

As reported in the Washington Post, Virginia’s Governor McAuliffe would likely veto the bill if it were to be approved by the legislature because he, “believes that Virginia children who were brought here at a young age, grew up here and have stayed out of trouble should have access to the same educational opportunities as everyone else.”

The implication of that position is that the governor fails to see a difference between those who enter the country legally and those who do not. That is a mindset that treats restrictions on the entry of immigrants as illegitimate. It is an open-borders mentality. Yet Governor McAuliffe has yet to proclaim that he sees no legal distinctions between those who reside within Virginia’s boundaries and those who reside in other states. If he were to reach that position he would stop charging out-of-state tuition in the state’s schools to residents of other states.

In that regard, current federal law does not bar Virginia from admitting illegal aliens at in-state tuition rates, but it does say that if the state opts to do so, it then must apply the same tuition rate to residents of other states who enroll in the Virginia schools. But the Obama administration has taken no action to uphold that law.

education costs public schools schools Virginia
Previous Article#2 of 5 – Five Things the Republican Congress Must Do in 2015 (with Resources)
Next Article Where’s Waldo?